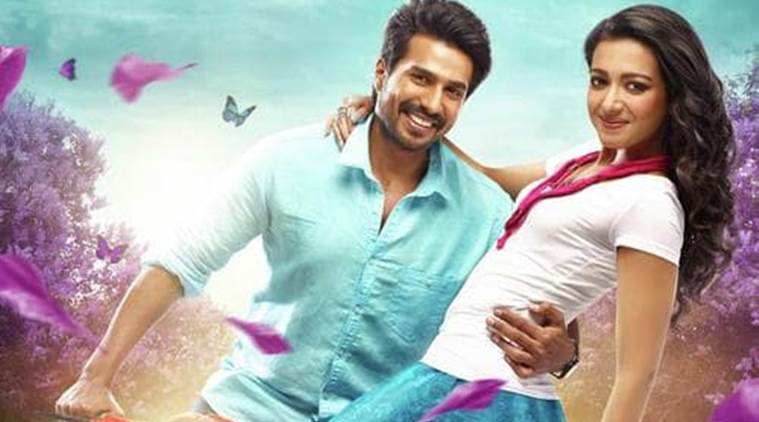 To enjoy Kathanayagan, there is just one word – don’t take the movie seriously; in fact even the movie doesn’t claim to take itself seriously as well. This makes the smaller jokes more appreciable — like when Vishnu Vishal meets Catherine Tresa. Catherine just randomly stops Vishnu on the road and offers him a lift. After the mandatory boy meets girl song sequence, Vishal says ‘nice imagination but unwanted song’. These small digs at themselves tend to invoke a wry smile.

Another one of these instances is when Vishnu is on his way to office. It’s his first day and he decides to board a crowded bus. As he gets squashed while maneuvering through the crowd, he grumbles “Sir, first day office”. With another its “Iron panna shirt” and also goes to says “Sir, naa ambala sir (I’m a man)”. More than his sequences with Soori, these conversational oneliners invoke more humour.

Thambidurai (Vishnu Vishal) is a meek guy, who is scared of pretty much everything. He falls in love with Kanmani (Catherine Tresa) whose father refuses to allow her to marry him. Meanwhile, a mixed medical report diagnoses Thambi with a rare disease and he decides to donate his kidney. Does he realise the error and what eventually happens forms the crux of Kathanayagan.

Soori’s humour tracks with Vishnu are tired and so is Saranya Ponvannan’s ‘english predicaments’. Thanks to comedy channels, we have seen Guru Sishyan too many times to find it novel. However, Anandraj and Rajendran’s antics work, making for a comparatively more entertaining second half. (The way Rajendran reads the smoking disclaimer itself brings a smile.) Vijay Sethupathi makes a brief appearance in the movie and it is fair enough to say his star status has been sealed, with the kind of applause he receives in the theater. It would be interesting to see the trajectory of his career with his forthcoming choices. Sean Roldan’s songs are surprisingly quite catchy. The composer who has given some really good melodies, has struck gold commerically with “Paiyan manasa panthadum lady” and “Un Ninapu”.

To sum up, Kathanayagan is similar to a relationship, where small moments matter more than the larger ones. It might not be a laughter riot but sure does make you smile, at least.