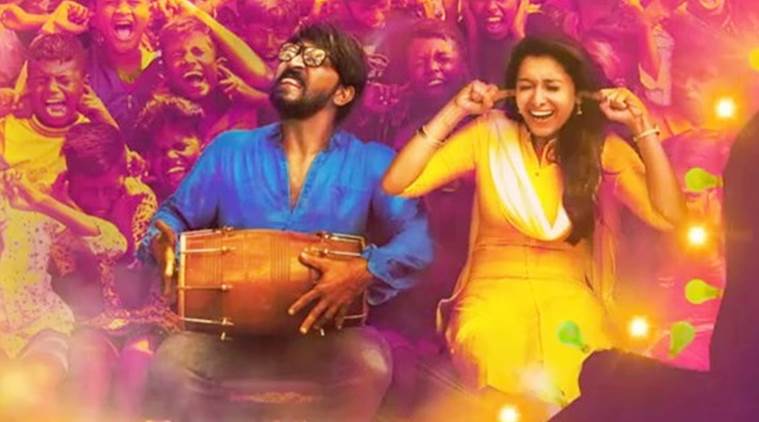 As a cinephile, there are movies you root for; films that you feel will bring a fresh voice into the realm with some aspect of their craft. Sometimes they become disappointments. But there is a quiet sense of satisfaction when it turns out to be good. The contentment is personal as if you have achieved a feat and want to make sure that the world knows about it. I walked out of Meyaadha Maan with that sense of contained contentment.

Meyaadha Maan characters speak a language of raw, imperfect honesty that is endearing. We have our ‘Idhayam Murali’ (Vaibhav Reddy) who is a stage performer. (The professions our Kollywood heroes pursue these days are definitely becoming more interesting: A fireman, A funeral organiser and now a stage singer.) A ‘one-side lover’ for years, he never dares to talk to the girl he likes but spurts Shakespeare thinking about her. He is also temperamental, easily swaying between his classification of ketta ponnu and nalla ponnu. Murali’s unvarnished personality is what makes him interesting and Vaibhav comes up with a natural, rooted performance. With a perfect north Madras slang in place, Vaibhav easily juggles the extremes Murali goes to often. While Priya Bhavani Shankar makes a good debut (she looks gorgeous in every frame), it is Induja and Vivek who steal the show.

Unlike the normal rom-com, Vinod and Sudarvizhi’s stories do not get lost in narrating about Murali and Madhu and they are brilliant. In a hero-worship world, it is encouraging to see supporting roles with potential and actors making the best of it. Even the not-so-involved friend gets a decent character graph. The young shop assistant is a riot. The camaraderie among these characters is authentic, that makes Meyaadha Maan a delightful watch.

Rathna Kumar’s Meyaadha Maan is well-contextualised. There are various small things that infuse the flavour of north Madras (the heart-shaped Varattis (dried cow dung), the old music, stage shows). The movie is also efficiently filmed. As an example, take the sequence where Madhu visits Murali at his house. As Madhu bonds with Sudarvizhi, Murali witnesses it in slow motion. He is slowly savouring the image he has been dreaming of for years and doesn’t want it to end swiftly. The film looks good and also sounds brilliant, thanks to Santhosh Narayanan and Pradeep Kumar. The duo has truly made Meyaadha Maan the ‘Royapurathu La La Land’. Let it be the brilliant “Thangachi song”, or the quirky “Address song”, or the beautiful “Enna naan seiven”, the songs blend in and out of the story seamlessly enhancing the visuals.

Meanwhile, on the flip side, Meyaadha Maan does digress a bit in the second half. It could have a been slightly tauter towards the end. But the transgressions are too mild for a film that works on many counts. I did walk out with Meyaadha Maan with a sense of satisfaction. And, this is my bit in spreading the word.