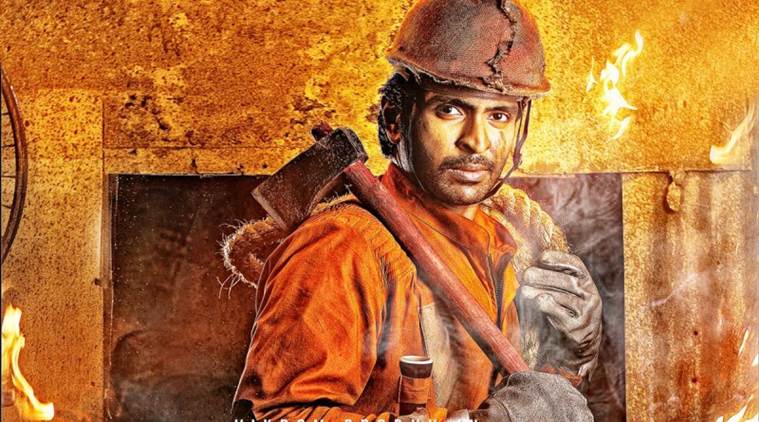 Neruppuda is a story involving firemen aspirants, surprisingly it doesn’t involve much about the profession. It could have happened to any five friends. In fact, even the choice of job is only the hero’s, the others get inspired. Neruppuda ends up being a story about a man who happens to be a fireman aspirant. He might have as well wanted to be anything else. It wouldn’t have affected the core story line.

We are told that the five main characters are best friends, friends who take blame for the other’s crimes, who are ready to die for each other. But much of that camaraderie isn’t seen on screen. Rather, they just end up being Guru’s friends (Vikram Prabhu). The same happens with most of the other characters. In fact, we know so little about Vasumathi (Nikki Galrani) that even her name comes up only after 45 mins in the movie. She loves Guna because he is her ‘father’s role model’ (Why? We don’t know). Guru is the only person we get to know — we get to know why he is fascinated with fire fighting, we know that everyone is ready to do anything for him. Ironically named Guru, he is the decision maker whether its friends, his girlfriend or his father. (Why, we don’t know again)

Neruppuda is an overstretched, hero-glorifying film that barely does anything else. The few minor decoys fail to save the lacklustre screenplay. This could have been a kidnapping gone wrong story, or the story of betrayal. But rather the story just moves hither-thither in an attempt to keep the suspense element. Not much is convincing, even the stunts. The story goes on a completely different tangent just before the climax, another huge letdown and also probably loudest letdown.

And, what’s the obsession with a man being disgusted by another man’s kiss. The weekend’s other release, Kathanayagan, also had a similar scene. The humour is lost, just like the story’s villain.