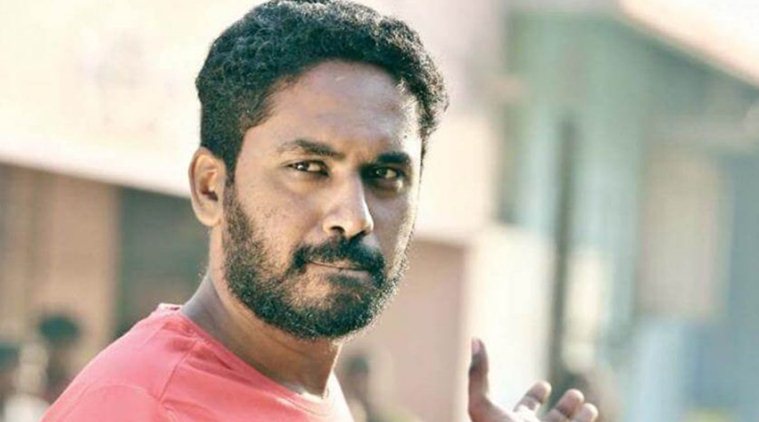 He might have completed his feature film ‘Echarikai idhu manithargal nadamadum idam’ first, but ‘Lakshmi’ was KM Sarjun’s ticket to spotlight. The short film became the cynosure of controversy but Sarjun also garnered attention and accolades for his craft. And with Maa, the verdict was more unanimous. ‘Maa’ also lead him to bag his next film with Lady Superstar Nayanthara. With just two short films, KM Sarjun has already become a name to watch out for. In conversation with indianexpress.com, the director talks about controversies, Echarikai (which he assures me is not even remotely close to ‘Taken’), Mani Ratnam, AR Murugadoss and more.

If I am right, your feature film ‘Echarikai’ was made before the short film ‘Lakshmi’. It isn’t conventional for a filmmaker to make short films after he has made a feature film, is it?

Actually, ‘Lakshmi’ was shot before ‘Echarikai’. It was shot one and half years back. However, Lakshmi was released when I was wrapping up ‘Echarikai’. But to answer your question, I will continue making short films even if I make feature films. You get complete freedom with the platform — you can be honest to your ideas; no censorship; minimal budget; it will definitely get a release. So I will definitely continue to explore this medium, even Anurag Kashyap does it. `

How did the collaboration with Gautham Vasudev Menon’s Ondraga Entertainment happen? Both your shorts have been backed by them.

I sent Lakshmi to several festivals and when it reached the point of saturation, I decided I will release it on YouTube. At that time, I heard that Ondraga was looking for such content. I approached them and they really liked it — Venkat, Reshma ma’am and Gautham sir. They immediately fixed a date and within two weeks, the film was released.

You have said that the controversy around Lakshmi did infringe in your process for ‘Maa’. How did you handle it?

It is quite natural. You work on a short which accidentally becomes a point of controversy, the next one also deals with a sensitive subject — I definitely had my doubts. I was slightly worried about being stereotyped; even with ‘Maa’ people had said ‘Indha madhri than ivan yosipan’ (He will only think like this). Even after my pitch got a go-ahead, I did ask Gautham sir, Reshma ma’am and the people at Ondraga if we should do it. They reassured me that this is a very positive film — the writing and the idea will not create controversy. In fact, they also promised to produce another short film with me where I completely break all creative tags people had pegged on me.

Bollywood seems to have taken streaming platforms like Amazon, Netflix seriously. How long do you think it will take for the trend to reach Kollywood? Will you be open to doing feature films/ web-series for them?

Definitely. It is going to happen very soon. The trend first started at Hollywood — ten years, a film ran only for a weekend until it was a super hit. We have started facing that now. They got such streaming, digital platforms then. In 5-6 years, the scene here will change as well. And I will definitely be doing it — Madhavan sir has done a web series. It is a clever way to tell stories. I want to tell stories irrespective of the format.

Not all ideas put forth by a maker end up receiving the right kind of attention. So, do you say what you want to or give the audience what they want? Where do you find the balance?

The gap comes only between what we conceive, what we make and what reaches the audience. When all the three is in sync, it becomes a great film. The film loses when even one of these aspects don’t work. I think nobody can answer this question. Even the greatest of filmmakers have had their share of successes and failures. I can only worry about whether I have brought what I wanted to on screen. The audience’s reaction isn’t our hands.

In an earlier interview, you have said that you love the idea of a mass film provided it is balanced with your sensibilities. How would your mass film be?

I love films like Dhool, Sandakozhi etc. For me, any film that is entertaining falls under that banner. If I make a mass film, it would be like that. For example, even if I make a very mainstream movie my women characters would not be dormant. I will make sure she has a role to play in the story.

Both your shorts have had women protagonists. And Echarikai has Varalakshmi in an important role. In an interview, Gautham jokes that stars found his villains too strong and will find your heroines too strong…

I actually had such a situation! I had narrated a story to a hero and he had liked it. I had kept a hero introduction scene and a heroine introduction scene as well. He didn’t say it directly, but he wasn’t comfortable with it. I don’t see them as a compromise but rather a balance. And I will continue seeking that. The hero didn’t mind a strong woman character, he just didn’t like the introduction scene. It is fair enough that a hero of a star value expects that. I might take that off and strengthen the character in a different way. But I will make sure the character doesn’t suffer.

You studied at Rajiv Menon’s school, worked with Mani Ratnam and AR Murugadoss and now collaborating with Gautham Menon. Looks like you got a holistic introduction to all kinds of cinema…

It wasn’t planned at all — I come from a complete non-film background. I wanted to get into cinema. I studied cinematography, not direction, at Rajiv Menon sir’s school. He referred me to Mani sir. It was for Ponniyin Selvan but that project got dropped. But I worked on Kadal and another script. I came out and started doing music videos as I wanted to be independent. The opportunity with Murugadoss sir came then. He was filming Kaththi then. I actually joined the team after 20 days of shoot, but it was a completely different experience.

Mani Ratnam and AR Murugadoss belong to two extremely different schools of film-making. Tell us about working with them.

It was incredible. The lessons I learnt from both of them were so different that I ended up coming out with a lot of insights. From Mani sir, it was execution. He is immaculate about planning — every minute detail will be on paper. A bound script will be ready two months before shoot. He takes a lot of time with pre-production. So his production time will be less as the vetting happens before — which is an efficient way to maintaining budget. He is a veteran and no matter how big the stars are, his first shot will be at 6:30 am. Adha avaru kiterundhu dhan kathukanum!

With Murgadoss sir, it was about scale. The films were bigger with bigger stars; the number of shoot days were higher. I worked for 130 days on Kaththi and each day, we will have around 500 junior artistes. Murugadoss sir is also a great writer, his discussions are very interesting. We used to sit for Kaththi, it was amazing to see him give a completely new perspective that functions within the mainstream. Personally, I loved Kaththi.

Your stories seem to have a robust emotional core. Even your upcoming film with Nayanthara has been described as an emotional-horror film.

I don’t think I can escape emotions — emotions always work. Generally, we say A class, B class, C class — emotions transcend these segregations. We are all humans — all of us have relationships, emotions etc. Even if a brilliant sci-fi film is being made, I think a connection is established if there are emotions in it. That’s how I feel. I don’t think I can make a film without emotions. The filmmaking methods might change, but a few things for humans won’t change.

Echcharikai has been quite delayed due to other reasons. How do you handle with such delays?

It is a difficult period; we would have expected something to happen a certain way but it is frustrating when they get pushed. The key is to stay engaged. Lakshmi was born out of a period of frustration — nothing was going right. I had met several people but couldn’t sign a film. Always, we should do something and put it out there. Now there are several platforms that enable us to do so as well.