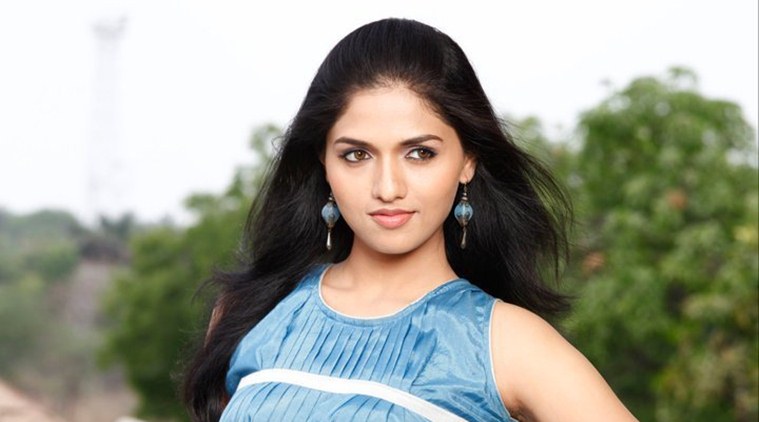 Fresh out of school, Sunainaa was just 16 years old when she entered Kollywood with Kadhalil Vizhunthen. The cherubic Sunainaa quickly found a space for herself with films like Masilamani and Samar. And then came Neerparavai for she received several accolades. But that didn’t make Sunaina stick to similar kind of roles — even the lead roles. In the decade under the spotlight, she has quietly carved a space that she is content with by picking roles that satisfy her.

“I feel I am not a star and I don’t want to put myself in that category. I am an actor and that is what I want to do,” she said. “I have always pursued the creative high. People have misunderstood me and said that maybe I shouldn’t have done a few things. But I don’t want to limit myself to being the heroine. If I get a well-written character that has a negative shade, I might do that as well,” said Sunainaa with unassuming confidence.

Despite being from Nagpur, Sunainaa’s portrayals of a typical Tamil ponnu have given her an image that she belongs here. “Several people have walked up to me and said that they believed that I was south Indian from the village roles I have played,” she said. “I just followed my director’s instructions. It was very difficult to do a character like Vamsam, where she is a typical village belle. But I believe that an actor can do anything,” she added. Sunainaa calls herself an introvert and it isn’t hard to believe; there is a quietness. While an interesting choice, Sunainaa believes it is cathartic. “I think introverts express themselves through something and that for me was through my work. For example, if you think I have cried well in some movie, it is highly likely that I have actually cried for the scene. My work has actually helped me express — it is a very good part of my life.”

Her role in the upcoming film Kaali is also of a village belle, but with significant importance and uniqueness says the Kadhalil Vizhunthen actor. “She might be from the village but her situation is something I have never done before. I have a very crucial role,” she said but remains tight-lipped about her character.

Interestingly, Sunainaa is working on two back-to-back projects with women directors. After Kaali (helmed by Kiruthiga Udhayanidhi), she is currently shooting for a Tamil web-series directed by JS Nandhini of Thiru Thiru Thuru Thuru fame. “These are my best experiences. It feels good to have a woman around — women are generally very nurturing by nature no matter what their profession is. But apart from that there was no difference — they have the same control and command as their male counterparts do,” asserted Sunainaa.

Sunainaa is paired opposite Vijay Antony, who interestingly was the music director of her first Tamil film Kadhalil Vizhunthen. Unlike his reticent image, the actor insists that Vijay Antony is a very interactive and fun person on sets. “I was humming on sets one day and his ears went up. He noticed that it was me and said that I actually sound good. He also asked me if I wanted to sing. I didn’t even realise that he could hear it,” gushed Sunainaa. Would she sing in the future? “I told him I’ll definitely do if he thinks I can pull it off. In case he asks me, I would agree with eyes closed,” she said.

The actor is also part of Gautham Menon’s Ennai Noki Paayum Thota. “It’s a nicely done, well-written character with a background and everything — not just someone who comes and goes,” she said. Ask her how it was to work with a director who is known for his memorable women characters and Sunainaa says it was effortless. “It is very easy to work with Gautham sir as he breaks it down for you. All you need to do is to listen to him. It was one of the most stress-free sets that I have been in. I feel that Gautham sir is the reason as it is the energy he creates and builds there,” she said.

Despite starting her career in other South Indian languages, Sunainaa’s films have mostly been in Tamil. While it wasn’t a conscious decision, Sunaina said it is a happy coincidence. “I have been here for so many years that I feel like a Tamil girl. Even though I don’t live in Chennai, it feels like home. This is primarily because of the way people treat me. Also, I am getting the kind of roles I have wanted to do in Tamil,” said a content Sunainaa.