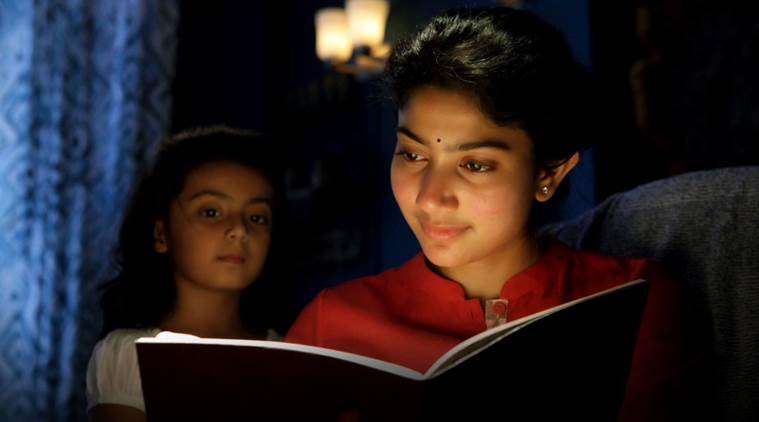 How ‘politically correct’ do films need to be? Do we consume films as a mere story or an aggregation of the social ethos it is made in? And if it is the latter, how holistic can our perspective be? Is it possible to make a factually right, comprehensive argument with cinema? Isn’t there always a case, an angle or a perspective that can completely make us switch sides? These are some of the long-standing questions that rose again in my mind as I watched Diya (earlier named Lycavin Karu).

As the earlier title might suggest, the story of Diya revolves around a foetus, or to be more precise, an abortion. While well-intentioned, it doesn’t provide a holistic view of the pro-choice vs pro-life debate. There is a slide at the end of the film where it talks about the number of abortions that women in our country have and links it to female foeticide. However, they are two very different things. Having said all this, it becomes important to say that I chose to look at Diya as a film just trying to tell a story — a tale of a mother whose choice was ignored. And as a story in isolation, Diya has its multiple strengths and flaws as well.

The story is predictable. There isn’t much surprise beyond the first few minutes until the very end. But the tone and the mood set by the director and his team is very effective. The frames are drained out of warmth, even the so-called happy ones. The film’s frames are bathed in sombre blues and reds — one is a ‘cold colour’ often used to convey melancholy and the other is suggestive of the bloodshed involved. The colour palette effectively sets the mood as the film progresses from one crime to another.

The names in Diya are pretty interesting. The film opens with a hospital named Hope. We later get one named Arokya. Sai Pallavi is named Tulasi, a medicinal herb (she plays a doctor in the film). And in tune with the film’s blue shades, we get a lead named Krishna (Naga Shourya). The writing of the film plays with the contrast — dramatic situations get treated with subtlety. It also allows for revenge marked with symbolism. But all of this is not without jarring notes. Diya indulges in a few half-hearted diversions and those prove to be pricey. For example, was it necessary to attempt to fool us that Tulasi is not Krishna’s bride? Why was Santhana Bharathi used in just two scenes where he says the complete opposite things? From being a joke of a cop, how does RJ Balaji suddenly get the drive to ‘investigate’? These character arcs aren’t etched properly.

kanam movie review Diya movie review: In all sincerity, Diya has two heroes. Music composer Sam CS is one. The other is undoubtedly actor Sai Pallavi.
In all sincerity, Diya has two heroes. Sam CS is one. His orchestral outreach (sometimes a tad overpowering) successfully gives a prevailing sense of unease. The music moves organically with the story — the cellos and strings eerily waft in and out of scenes. While the film doesn’t provide a surprise, the music sustains the mood. The other is undoubtedly Sai Pallavi, who makes a strong debut in Tamil with an incredibly subtle and measured performance. It is quite a joy to watch someone who looks beautifully real and emotes with integrity — the intermission sequence and the climax are examples to show why we need more heroines like Sai Pallavi. The film was promoted with her name and rightly so. But now we just have to wait and see how she fits into the mainstream, star-backed cinema of Kollywood with its tropes — NGK and Maari 2 will show us that.