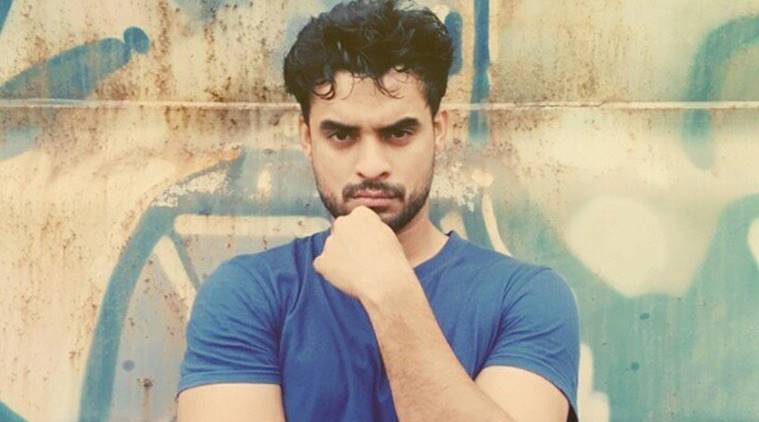 2017 has been a big year for Tovino Thomas whose latest Mayanadhi is being raved about. In an exclusive chat with indianexpress.com, the handsome actor talks about Mayanadhi, Maari 2 and about how he wants roles that define him as an actor rather than a hero.

Godha, Oru Mexican Aparatha, Ezra, Tharangam, and now, Mayanadhi. That is quite a list you have for 2017. Your last film Mayanadhi has been getting rave reviews as well.

The number of shows and collections have picked up big time for Mayanadhi. More than collections, what gives me satisfaction is critical acclaim; people talking about the movie even after years. Godha, Mexican Aparatha, Tharangam, Ezra, Mayanadhi – people are still talking about these films. That is a good thing. I am sure they won’t be forgotten.

You have spoken about the negative campaigns running around Mayanadhi. What was the first reaction though?

I am completely fine with people being against the film. All are human beings. If they want to do it, let them. Did that stop anything? Instead, the film has risen above the hatred. If 15 people ran a negative campaign, we received support from thousands of people. They have failed miserably in what they tried to. I only pity them.

Talking about Mayanadhi, the core story was supposed to be part of Ab Tak Chappan originally. Can you tell us what transpired?

Filmmaker Amal Neerad was working with Ram Gopal Varma long back. They had collected quite a few stories about encounters. The main story thread of Mayanadhi was one of the few that weren’t chosen. Amal Neerad wanted to make this into a short film as a part of his anthology ‘5 Sundarikal’; he shelved it when he got Kullante Bharya (featuring Dulquer Salmaan). When Aashiq Abu heard the story, he wanted to make a feature film out of the story. Even though ideally Amal had planned to film it, he agreed. The original story is about a Mumbai gangster but we made into a Malayali man living in Tamil Nadu.

Irrespective of whether it is the lead or a supporting role, your film picks have always been different

I am choosy. I listen to a lot of scripts and I am particular about not wanting to do similar characters. It is basically about being typecast. People should not be able to predict my role with the fact that I am playing it. I want to keep that unpredictability. My role models are Mammuka and Lalettan — there is no role that they can’t pull off. More than stardom, an actor aspires to widen the range of characters he can pull off. I want to do characters that will define the actor in me. I also want to explore all kinds of genres that have not been traversed much — spoof, stoner comedies, sex comedies, dark comedy to name a few; be part of projects trying new things.

However, there is an underlying current of goofiness in your characters though, take Mayanadhi, Tharangam, and Godha for example. Somehow your characters retain their likeability quotient.

It comes with the character. If you look at the character in Tharangam, he is a lazy guy. He is not a hero. When the director first told me about the role, he told me that though he is a policeman he doesn’t possess a single quality of one. I add the innocence to communicate with my audience; certain characters need to be innocent. There have been characters on the other side, like the film Style where I play the villain. Maybe you get that feeling since Mayanadhi and Tharangam happened back to back.

You are also entering Kollywood this year with two films — Abiyum Anuvum and Maari 2. More than expanding base, you said it was about trying new things. Was there a particular reason behind choosing Tamil?

I can speak a bit of Tamil as I finished my engineering in Coimbatore and worked as a software engineer in Chennai for a year. While I won’t be as fluent as the Tamil actors, I can speak the language to an extent. Also, I personally like Tamil movies. I am open to doing movies of other languages as well. I will learn the language and do it. My only requirement is the film should be sensible. I won’t do a film just for the money.

Tell us about how you bagged Maari 2.

There is a person named Vinod in Wunderbar who is a friend. He was our point of contact there. When he told me Balaji Mohan wanted me to play the villain, I said I was open to the idea if the character is interesting. Balaji Mohan came down to Kochi and we had a long discussion spanning a couple of hours. I was sold by the way he narrated the script and the character itself. While I can’t reveal more about the role, I can say with confidence that he isn’t just any other villain.

Tharangam was produced by Dhanush’s Wunderbar and now, you are working with him again in Maari 2. He is producing your next film Maradona as well. Tell us about the collaboration.

Tharangam’s director Arun Dominic is a friend of mine and he came to me with the script. When I discussed the script with a friend who is also an executive producer in Tharangam, he put us in touch with Wunderbar. They are one of the best producers I know. Even though Tharangam wasn’t a major hit, they didn’t complain and are producing my next film as well. I am looking forward to working with Dhanush sir. The shooting will begin at the end of January.

You started out with supporting roles and later did lead roles. But you haven’t shied away from essaying roles that didn’t have you as a lead. Now that you are a star yourself, would that trend change?

I am playing a villain role in Malayalam and Tamil next year. I think it is fine for an actor to keep doing interesting roles. I have projects as the lead in my hand but I don’t want to be stereotyped as a hero as well. Almost all heroes have a few ideal characters that will lead to being typecast again. If I don’t play different roles, people will get bored. I will also get bored.

It is very interesting when you say you don’t want to labelled as a hero. Several heroes want to explore but would still prefer to retain the hero tag.

It is new for us maybe. But if you observe actors in Hollywood, they don’t work the same way as we do. They will do any character provided the role has potential. Usually the lead has the scope to do the most. But for example, my character Maari 2 is extraordinary where I have a lot to do. At times, I want to play shades that don’t befit a ‘hero’. I don’t mind multi-starrers or villain roles, as long as I have something to perform.