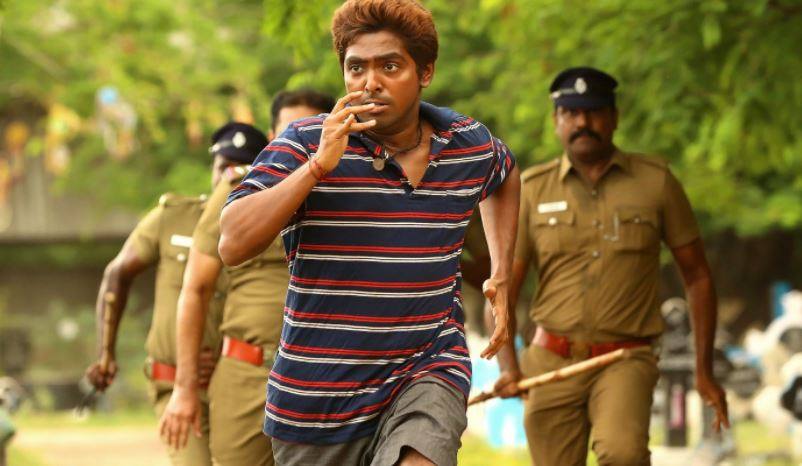 “At first, I wanted to be an entertainer,” starts GV Prakash Kumar as we talk about his acting plunge, on the eve of his latest release Naachiyaar. An established, successful music director, not many expected GV to venture into acting. But the boyishly-handsome composer quickly created a space for himself with several comedy and youth-centric films such as Darling, Trisha Ilana Nayanthara etc. “Initially, I wanted to become a star and that is what I focused on. But after dipping my feet in, I felt that I had to do justice to the profession. I wanted to prove that I could be dynamic as a performer,” discloses GV Prakash Kumar. And what could be apter than a Bala film? “When Naachiyaar came up to me, I felt that this was the right opportunity. I took it as a challenge.”

Naachiyaar which is hitting the screens today has GV playing a vegetable seller. As the darker, orange-haired young man, he almost looks unrecognisable. “Bala sir wanted a complete transformation in terms of looks, hair, my physique. I did a lot of homework. I worked hard on my physical appearance and wanted to satisfy Bala sir,” says GV Prakash Kumar. He further adds that Bala’s inputs were integral. “He was a great teacher. He supported me and guided me throughout the whole process,” he adds.

Such transformations and transiliences were what lured the talented composer to the world of acting in the first place, admits GV. “I worked inside four walls for twelve years. It was a meditative space; didn’t venture out much. My skin was literally protected. When acting came up, it opened up an arena where every day was new to me,” explains GV. “Every day I will be at a different place — in different clothes, with different people, and with different scripts. It was a unique experience — like a door opened to me after 12 years.”

Interestingly, Naachiyaar provided GV Prakash Kumar a musical moment as well. GV who started his singing career by crooning for his uncle AR Rahman has lent his voice for Ilaiyaraaja in Naachiyaar. “It is a proud moment for me that both Ilaiyaraaja and AR Rahman (Rajiv Menon’s Sarvam Thalamayam) are composing for my films. Born as a musician, they are two people who I adore and have been inspirations. It is something that I cherish immensely and can never forget in my life.”

That brings us to Sarvam Thalamayam which is Rajiv Menon’s comeback film after seventeen years where GV plays a musician. The actor was delighted when he got a message from Rajiv Menon about a narration. “Fourteen years back, I had gone to Rajiv sir to submit my showreel as a composer. I was doing ads then. And now, I get a call from him but for acting! It was very memorable,” reveals GV. He also tells us that it is a story that will last for long. “It is a beautiful script. After K Vishwanath, someone is doing a musical and that is pretty exciting. It is a script that will transcend time and stay for several years,” he assures.

The actor has been travelling quite extensively shooting for the film and interacting with musicians across diverse musical cultures. “I met so many musicians in Kashmir, Bangladesh, Rajasthan and I have jammed with them. In fact, I must say that travel and the script has added a different perspective to my personality.” He has also learnt a bit of drums and Mridangam for the film. “Sarvam Thalamayam has given me an opportunity to know several great things that happened musically,” says a tangibly happy GV Prakash Kumar.

Apart from Naachiyaar and Sarvam Thaala Mayam, GV has a string of projects in the pipeline such as Kuppathu Raja, Semma, 4G, Ayngaran etc. He asserts that all of them are immensely interesting scripts and the updates will start rolling out soon. “Naachiyaar is my first release after almost a year. It will be the starting point. Most probably, Semma will be the next” he discloses. There were also reports that he was in talks for a film with Vetrimaaran and Seeman. “It is a prospective project but it is too early to even discuss about,” he says.

The actor-composer has also been vocal about several social issues such as NEET or Jallikattu. With a line of actors taking the step, will he enter politics as well? “Not at all. I have a following so I raise my voice wherever I can. It is the opinion of a someone who is also a member of the society,” he clarifies.