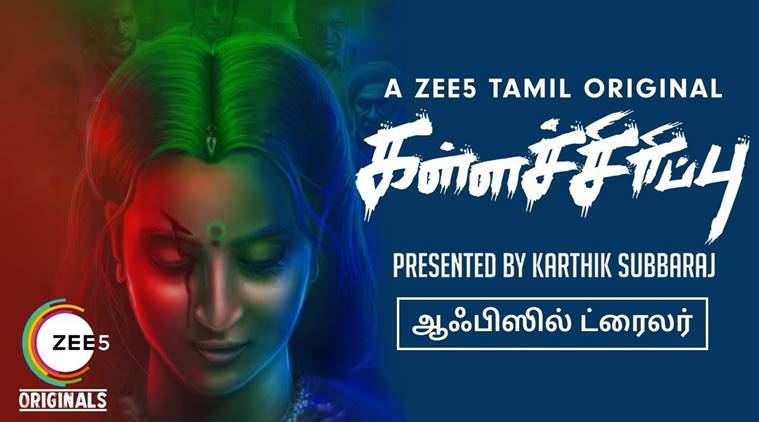 Watching a good piece of work leaves me in a strange conundrum — on one hand, there is the excitement of discussing, dissecting and raving about the tiny details and on the other hand is the desire to let the person get that pleasure first-hand by letting them watch first. Kallachirippu is one of those — making it a hard series to review but an absolute pleasure to watch.

Kallachirippu has some of the most fascinating conversations, well-written as well, that made me think and think some more. Take, for example, the conversations Mahathi (Amrutha Srinivasan) and her mother have. It does three things in one shot — define their characters, their relationship and also reflect the generation they belong to. While her mother refuses to say the word sex, Mahathi screams it in joy, with excitement. Mahathi’s mother gives a patronising smile but refuses to step out of her self-defined boundaries. In a generation where mothers want their daughters to be free from the chains that held them back, but not ‘too free’, these heart-to-hearts reminded me of some conversations I have had with my own mother about my seemingly ‘rebel’ decisions — chopping off my hair, getting tattoos, putting an end to period taboos etc.

What joy it is to see Mahathi on screen — she is ruthless, cold and logical, something we don’t get to see in woman protagonists. And her relationship with Indra is, ironically considering it’s an extra-marital affair, the most practical relationship I have seen in recent times. As an acknowledgment of love, Indra tries to fart in front of Mahathi. There is a joke about a man-whore. They discuss contraception and ovulation. Acknowledging the man-child Indra is, Mahathi indulges him and silences him in a lovely balance. She is clearly in control and what a joy that is to watch. As the story moves around murders, Mahathi doesn’t stand on the bylines, letting Indra do the dirty work. Rather she says “you also have to do it” when Indra asks if he has to do it.

Kallachirippu revolves in the neo-noir genre and there is a lot of swearing around, so much so that there is a swear-word inspired soundtrack. But that is a small price to pay for a deliciously dark tale that Kallachirippu is. The narration moves forward and backward picking a common element and juxtaposing different events across the timeline. So there’s no way to guess what comes next. There’s also a constant edginess to the performances and the visual treatment — in a sense that it doesn’t flow but it comes together. To use a metaphor, Kallachirippu is an intriguing tune of staccatos — it holds your attention. Even if it doesn’t seem all that plausible (the deaths pile up unnecessarily in the end) in the real world, it makes sense in the dysfunctional world the story belongs to. Kallachiripu’s most defining image is its opening frame. You might think it’s a happy family, all grins for a picture. Kallachirippu, a deceptive smile.