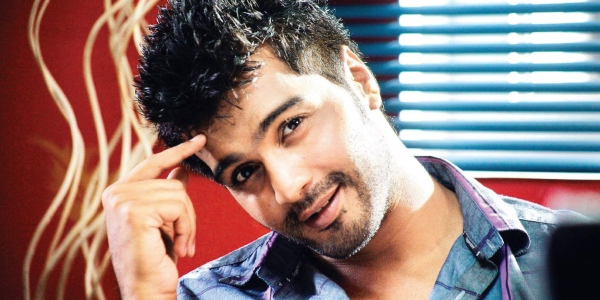 The first thing you notice about Vinay Rai is how comfortable he is speaking Tamil. Point it out to him and the actor reveals that he always made it a point to speak the language. “Nobody has ever dissuaded me from speaking the language due to the accent, except for my friends. But of course, that is in good humour,” says the actor from Bengaluru as we settle down to talk.

Vinay’s latest release Thupparivaalan has received great feedback and interestingly the actor who has a chocolate boy image plays a ruthless killer in the movie. “From day one, the whole endeavour has been to change my image. No matter how hard I tried it has stuck,” says Vinay. He also reveals that playing a villain has always been part of his bucket list. “Somewhere I had my own goals and wanted to a villain role as well, no doubts about it. Mysskin is an already well known director. A lot of his co-directors had walked up to me much before I knew him and have narrated some great stories,” he recalls. Thus, when he got a call from Vishal about the project, he was overjoyed. “Mysskin’s name was enough to get me onboard. When Vishal added that it is a Sherlock Holmes type movie and that I will play Moriarty, I didn’t even have to listen to the story,” narrates Vinay. And the actor is full of admiration for Mysskin’s work. “I thought the worst job in the world would be the prime minister or the president as they have to take crucial decisions. But now I have come to the conclusion that the worst job is to be a film director as they have to appease so many people. They face so many issues on a daily basis. But Mysskin’s sense of moviemaking has not been affected by what goes on around him. He will continue to do his movies and that’s why he has got his own cult fan following. If I had to say, he is probably the Tarantino of Tamil cinema,” he says.

Ask him how he prepared for Thupparivaalan and Vinay reveals that he is a director’s actor. “To be honest, the people who I work with have brought out the best in me. I would try to adapt to the director’s style whether it is Saran, Sundar C or Mysskin. Saran’s major strength is that he edits in his mind while he is directing. This enables him to improvise at any point on the sets. On the other hand, Sundar’s pre-production work is outstanding. With Mysskin, it was very clear. It was more of action and less of dialogues and he guided me throughout even with the smallest nuances,” he says.

While the actor has been part of successful ensemble movies such as Endrendrum Punnagai and Aranmanai, few of his other movies haven’t received the same welcome at the box office. But, Vinay argues that it is a wrong notion that he is stuck with. “I have worked very hard for the past ten years. People feel that I haven’t chosen my movies rightly. But I don’t know what future has in store for me. You just can put your belief in a project and give it your best. Sometimes things happen according to plan and sometimes it doesn’t — I don’t know,” remarks Vinay candidly.

“After Modhi Vilayadu, I was tied up for 365 days and all the three projects fell flat. Not that they chose a different actor, the production companies went broke. They didn’t do movies and even if one of them did, it was after several years. You don’t see these things coming. You’re just confident that you’ve got work which you will keep doing,” he further adds.

However, he doesn’t deny that he has his share of unwise choices. In fact, he admits that there have been instances where he has walked out of the theater. “Once after a movie, one of the press people walked up to me and told me ‘don’t do movies like this’ in front of the producer. It has been a journey that has tested me and the bad ones have always taught me the best lessons,” Vinay says. “I have felt ashamed of giving time to a few movies where they said something but pulled off something completely different. It is not that they made a bad movie but it’s just the way things turned out. I don’t want to repeat them again. I would rather have done something that is professionally more satisfying,” he says.

Nevertheless, the handsome actor considers himself very lucky. “I have had the opportunity to work with some really good actors and directors. I was launched out of sheer luck. I didn’t realise the value of it or the aftermath. Only later, the enormity kicked in,” he says. “I was stereotyped as a romantic hero after Unnale Unnale and when Jayam Kondan worked, I was elated that I wasn’t an one-time wonder. I was proud when Mirattal did well. It was a comeback after two years. Endrendrum Punnagai and Aranmanai were hits. Onbadhula Guru was sold for a bigger amount. No matter what a few people might want to say, on the contrary I have proven myself to be a lucrative hero. I have had failures, no denying it. The problem now is that I am not able to break out that image. That’s becoming a desperation now. But with every failure, it hampers my next project drastically. For me every movie matters. If this movie doesn’t do well, god knows where I will be tomorrow,” he remarks.

Which brings us to Vinay’s next project Ayirathil Iruvar, a project that the actor is gung-ho about. “It is a challenging script. I have always wanted to a double role and I needed a good director to guide me. Saran sir and I had a great rapport and became good friends with Modhi Vilayadu. Beyond movies and failure once I believe in a person, nothing else matters to me. If it fails, we will do another movie and it will be a hit. I intend to do that, that is because he is genuinely a great director,” explains Vinay.

“It was challenging because I had to keep shifting between the two characters and ensure that the habits of one character doesn’t come to the other. We have gone through some really hard times and are glad that the movie is up for release,” he says.