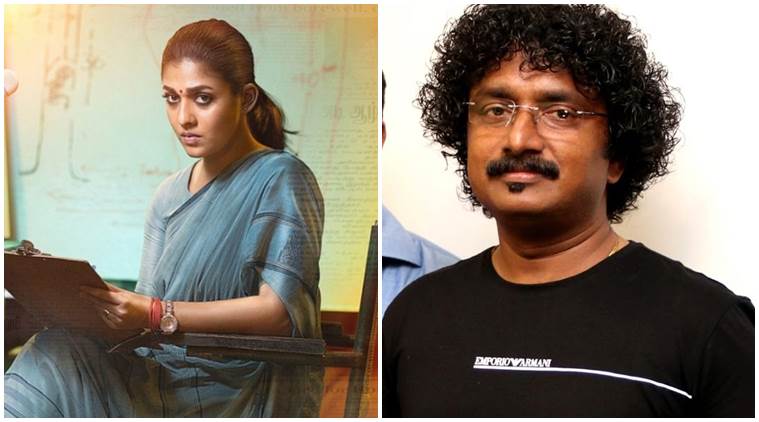 A child falls into a borewell. The entire village population, including the officials and the collector are waiting to verify if the girl is alive inside the 30ft well. As the small CCTV camera is lowered down, we wait in anticipation. After a few minutes, in a horrifying frame, the drained face of the small kid is seen. It’s tough to not be disturbed by the visuals in the Nayanthara starrer Aramm and Om Prakash is the man behind the hard-hitting visuals from the film. The scene in question was shot using equipment that would give the same feel as a rudimentary CCTV says Om Prakash. “The rescue ops will not have a camera that is very good. The picture or the lighting can’t be extremely good. We made sure that the lighting was also equally crude,” said Om Prakash who is also known for Vaagai Sooda Vaa, another hard-hitting rural drama.

While Vaagai Sooda Vaa had a red colour scape due to the brick kilns, Aramm was painted in grey explained Om. “Even though the village was surrounded by water, it wasn’t of use for the people. Thus, rather than using the normal aqua green shade, even the water would be grey. In fact the entire film has grey undertones including Nayanthara’s costume.”

In fact, Aramm was completely shot in light conditions which would generally be considered bad lighting by photographers, said Om. “The village had to be dry. The severity of the village’s situation had to come through. We shot under the harsh sunlight for hours,” recalled Om.

Shooting at a remote village under such conditions wasn’t easy. “Since the water in village had dried up, the soil was very loose. While we decided it would look perfect, there were practical difficulties,” said Om. “Fixing a crane itself was a huge deal due to soil condition. But we managed it,” added Om.

Usually films deglamourise women in authority to the extent that they are unrecognisable on screen. However, Nayanthara was a dignified beauty on screen. “Madhivadhani is an elegant woman,” reasoned Om. “The role she plays is that of a saviour. That’s how the village people perceive her. Hence, we needed her face to be aglow. Even Nayanthara’s actions would mirror the same idea,” he added.

Interestingly, Aramm is Om’s third project with the Lady Superstar. The ace cinematographer had earlier worked in Arammbam and Kashmora as well. And the roles the actor essayed in the three films are extremely different. “While Arammbam showed her glamourous side, in Kashmora, she was a princess. There was a tinge of cruelty mixed with eroticism. We had framed the shots accordingly,” said Om. “But it’s not enough if it’s only the shots are that way. The actor has to perform too and Nayanthara is extremely versatile,” he added.

With Aramm 2 on cards, will he crank the camera again for Nayanthara? “I would love to be a part of Aramm 2. But the talks are still going on,” said Om.