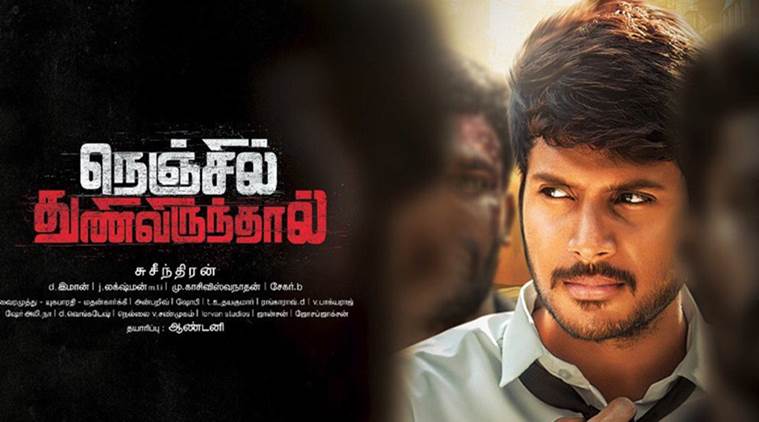 Sundeep Kishan has reasons to be cheerful about. The young hero who was part of one of the biggest hits of the year, Managaram, has hit next film hitting the screens this week. And, he is getting a new title in the industry circles, a bilingual hero. Ask him about it and Sundeep gives a casual smile and says that he is happy about it. “It is a good tag. It would have been better if I had no tags. But if the relatable quotient is there for both industries is a good thing. So I am happy about it.”

An established name in the Telugu industry, Sundeep made his Tamil debut in 2013 with the adult comedy Yaaruda Mahesh. And if you look at his filmography, it looks like Sundeep is experimenting more in terms of roles in Tamil while picking commercial roles in Telugu. The reason is the credibility he enjoys with the audience, says Sundeep. “Even in Telugu, I started commercial films after a fan base was created. It took me around four years and almost seven films. But in Tamil I am just three films old,” he reasons. “I have to earn the right to try a slightly bigger scale commercial film. So it will take time. If I hit ten people right at the beginning people won’t watch. I need to take time and earn my credibility,” he further adds. The idea is to play relatable roles, says the good-looking actor. “I have always aspired to do relatable characters. But the span and scale of characters will depend on my credibility with the audience. There is nothing commercial or non-commercial about it, whatever works.”

After Yaaruda Mahesh, there was a gap of three years for Sundeep in Tamil until Managaram. And he took that time consciously, says Sundeep. “When Yaruda Mahesh released and didn’t do well, I decided that the next film I take up in Tamil should be appreciated by all. I was in no hurry for it. I took my time and got things done.” The actor shares that he had started working on Nenjil Thunivirunthal and Mayavan even before Maanagaram. “As an actor, there is nothing I can do about when a film releases. And that’s okay as well. I don’t mind taking time to do good projects. Even if I do a film once in two years if it is a good film I am happy.“

Even though he is now an established name in Telugu, Sundeep has had his share of failures on the way to get there. “With a few movies, ‘kaasu vandhuchu aana peru pochu (I earnt money but lost my name)’ and after that ‘peru vandhuchu kaasu pochu (I earnt a name but lost money)’. It is tough to balance it and get both at the same time,” smiles Sundeep. “We learn from our mistakes. In Tamil, I had the advantage of learning from the mistakes I made in Telugu. Now I have understood that audience also keep changing over time. It is very important to sit down to figure out the trend and do films accordingly.”

Sundeep has some interesting projects in the pipeline with Mayavan and Naragasooran in Tamil and a couple of projects in Telugu as well. “Both Mayavan and Naragasooran, no matter when it releases will be spoken about across the country for its content,” says a visibly excited Sundeep. Terming the projects off-beat, he claims that Nenjil Thunivirunthal is his most commercial film.