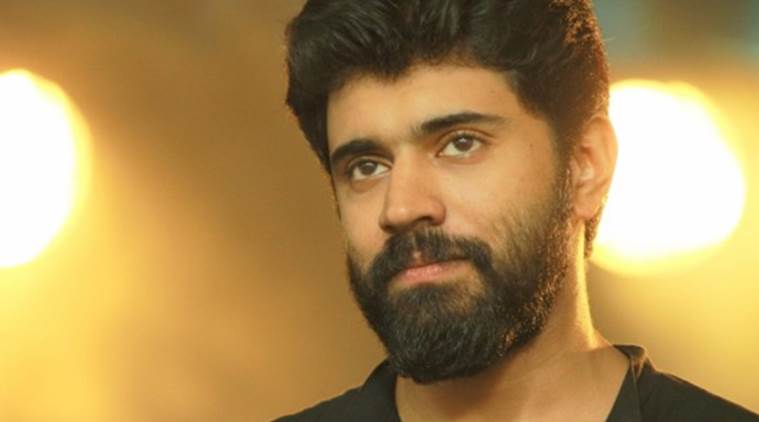 For someone who has acted in just one Tamil movie until now, Nivin Pauly is sure a star in Tamil Nadu. While he made his Tamil debut in the bilingual Neram, the love the good-looking actor has garnered was predominantly due to the blockbuster Premam. As the charming George, Nivin became a household name. The movie captured the imagination of Tamil audience at a level that surprised the actor himself, as he has mentioned earlier. The affable, charming Nivin Pauly is back with a straight Tamil film as the menacing, paan-chewing Richie.

Nivin has dubbed himself for the movie and took more than 50 days to voice his parts, in an attempt to sound perfect. “I wanted to do it the right way. It wouldn’t have felt good if they had used a different voice for me,” says the Njandukalude Nattil Oridavela actor. “I didn’t realise it would take this long. It went through several rounds of corrections. I didn’t realise where I was going wrong while a person who knew the language could easily tell me where my diction or pronunciation in wrong,” Nivin admits honestly.

When Nivin sported a beard, donned the black shirt and veshti and strode on-screen to the strains of ‘Kalippu’, he wouldn’t have realised that he is setting a trend for youth in a different state. Interestingly, the actor sports a similar look in Richie as well. “It is a coincidence,” says Nivin. The idea was to retain the look from the original Kannada film, Ulidavaru Kandante. “Gautham (Ramachandran) told me that I won’t look good without a beard. He told me ‘Andha area va cover pannunga’ (cover that area on your face),” laughs Nivin. However, they realised comparisons would be there. “Then the belt and the black shirt followed and to differentiate Richie from George, we had him chew paan,” explains Nivin.

nivin pauly Gautham Ramachandran Richie
While Nivin doesn’t have a filmy background, one of the biggest desires for him as an actor in the early days was to see his cut-out at theaters. “I think it is every actor’s wish that it happens,” says Nivin. “While it hasn’t happened in Tamil yet, in Malayalam, Neram got that for me. It was an incredibly special moment,” reminisces the Premam actor. Has he ever been surprised by the adulation he receives? “Once I was at a multiplex watching a movie, a girl ran up to me and told me she loved me. I said I loved her too! It is the characters they love,” says an unassuming Nivin, flashing his trademark smile.

Over the years, Nivin has acquired a next-door-boy image on screen thanks to the various feel-good movies he has been part of. However, Nivin says it is necessary to break that image once in a while to do different roles. “When one film becomes a hit, you start getting similar scripts. The idea is that we know it works, so if we do the same it will click again. Once in a while it is necessary to do a film like Richie. We have to keep doing new things otherwise people also will be bored,” he reasons. To ensure the same Nivin says he looks for something new in all his scripts. “Apart from being a good script and giving me scope to perform, it should have something new for me; something that I haven’t done before,” he says.