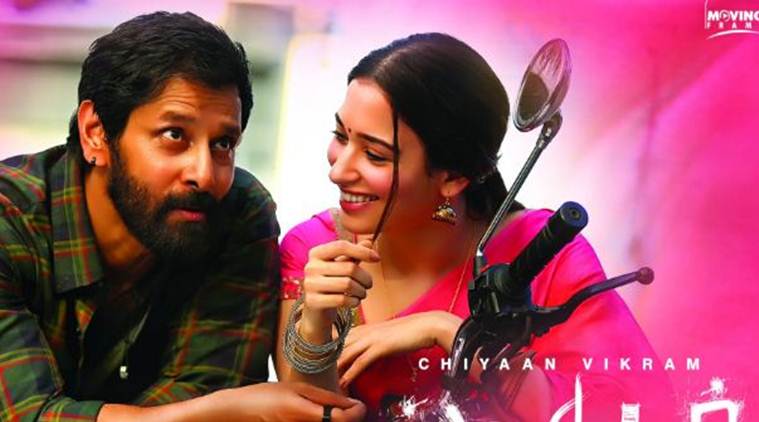 About five minutes into Sketch, you get Vikram’s intro and the song “Atchi Butchi”. As the song was playing, I looked around the theater twice just to ensure that I hadn’t travelled back in time and was watching Gemini. The song feels dangerously close to “O Podu” — a grungy looking Vikram dancing in the streets with a supposedly cool hand gesture. If ‘oh podu’ was finding a view using both hands, the Sketch symbol is comparatively easier. You just need one hand and is an incredibly convenient way to focus on something. But I couldn’t find one engaging element in the chaos that is Sketch, even after using the focus the hand gesture gives.

I was mildly interested when we got a villain who eats using chopsticks. It just took me five more minutes to realise that he is the template Kollywood villain, just armed with a chopstick. Sketch’s screenplay is mind-numbing, literally. The narrative goes somewhat like this — random scenes that make Vikram look good, punch dialogues, a fight sequence and repeat. Insert cliches sequences with Tamannaah Bhatia at unwarranted junctures and throw in a few songs as well and you have the screenplay. Or we can call it a recipe for disaster. The climax is the only surprise the film throws at you. But you’re so tired of the movie by then, the only emotion you feel is relief.

The way the women are treated in Sketch is infuriating. How many more bad films do we have to endure before people realise that stalking will not lead to a romantical relationship? Everything about the track and the film feels dated. Ammu (Tamannaah) is a college student who predominantly dresses in sarees. While Jeeva aka Sketch calls Ammu a ‘white momo’, Ammu falls in love with Sketch because he is like jackfruit (a prickly exterior with a heart of gold). They meet at temples and cafes where they exchange the cokes when the other person isn’t looking. It is hard to believe that this is the idea of romance in 2018. Even Sketch isn’t convinced that Ammu would stay with him. His reaction is a nonchalant shrug when he hears she is engaged. But Ammu is convinced that she loves him. Why? It is her dream to love some who has a beard, looks grungy but is a man with a conscience. Oh also, there is a rant about how women want their lovers to be puppets somewhere neatly tucked away in the middle.

I am still wondering why Vikram agreed to the film. The actor’s screen presence is the only reason why I was looking at the screen. His swagger and good looks are admirable but Sketch isn’t a role for someone of his calibre. This is the man from Pithamagan and Deivathirumagal. I even quite enjoyed his more ‘massy’ performances in Dhool and Samy. But Sketch not only reduces him to a template, it makes him shoulder more clichés. Painful.

There were memes that suggested ways to begin your New Year. A popular template was to hit rock-bottom; as you can only rise. I hope this is Kollywood’s rock-bottom this year and the way ahead is filled with highs.