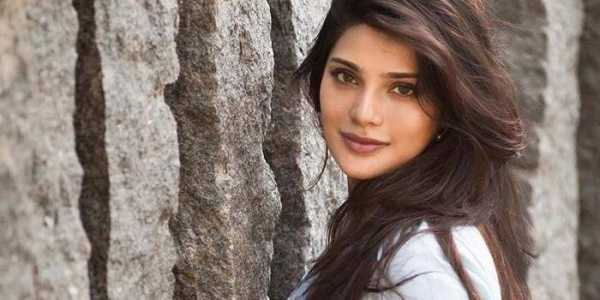 If Meesaya Murukku was a dream debut for the model-turned-heroine Aathmika, her next project is even bigger. The doe-eyed-beauty, who charmed the audience in Meesaya Murukku, is now officially part of Karthik Naren’s next movie Naragasooran. While she has done several ads, the actor started to consider films as an option after she landed a role in ace cinematographer-director Rajiv Menon’s short film. “I had a lot of camera experience with ads but I wanted to take it to the next level. So, I got to know about this opportunity through common friends. I auditioned and was selected for the role as well. The fact a senior person chose me for a role, gave me a boost and egged me to take this seriously,” she said.

Meesaya Murukku happened after music composer-director Adhi spotted her profile online and called her in to audition. First day on set was a big day, recalled Aathmika, adding that she was very nervous. “We have a pooja the first day right. After that, Aadi asked me to perform the first shot. Our producer Sunder C anna, Kushboo ma’am were all there. Since it was the first shot, everyone was looking into the monitor. I was asked to drink a cup of coffee and my hands were shaking terribly,” she reminisced. “I was worried what they would think of me. That was the first time I had met them as well,” she said. But after the movie, it was a sweet moment for her when Sundar C had good words about her performance. “He is a big director as well and it was really special when he appreciated me. I had told him that it was the best compliment I received. It does feel good when your producer is satisfied with your work.” she revealed.

“Overnight, my life was different. When I was watching the movie in theaters, people walked up to me and said that it didn’t look like my first film. The fact that everyone could relate is the biggest compliment for me. I feel great about it,” Aathmika said.

While Meesaya Murukku was a fun movie, Naragasooran would be a dark suspense drama, disclosed Aathmika. “Karthick Naren is extremely talented. It is a very different movie. While my first movie was commercial, this is a completely performance driven role. The movie doesn’t have songs. There is a lot of scope for acting. I am fortunate to be on board,” she said. However, she is tight-lipped about her character in the movie. “People watched D16 without an idea about it and loved it. We would like them to come to the theaters with an open mind,” she remarked.

Naragasooran has some big names such as Aravind Swamy, Shriya Saran, Indrajith Sukumaran etc. Ask her if she was hesitant about sharing space with so many stars, the young actor said, “I am very happy that my second movie is happening with such big stars. Right from the moment I was officially announced to be a part of the project, it has made huge news. From the buzz, I could understand the expectations from the movie and I’m extremely excited to be on board. At the end of the day, it is a story. Everyone is playing their role. Why should there be competition in acting? I don’t believe in that. Whatever has been given to me, I should do that well.”

Unlike many heroines, Aathmika is a Tamilian and can dub for herself. Is that an advantage? “For me, dubbing is very important. The voice is a key connecting factor. I feel that it is good if I dub for myself. I am taking special efforts to sound good. In fact, Naragasooran is a bilingual and I would be dubbing for myself in Telugu as well,” she said.

“I think dubbing is acting as well. When I see my performance and if I think there is something missing, I try to match it with my voice. I have dubbed before for cartoon movies when I was in college. Back then it was for pocket money, but now it helps,” she further added.

Ask her what kind of roles she aspires to do and Aathmika instantly replies “everything”. However, she added that it would be great if she could do a movie like Alaipayuthe or Vinnai Thaandi Varuvaya. “I want to explore and do all kinds of roles. Aathmika should be different in each movie. But maybe I would like to act in a movie that someday can be called ‘evergreen’. I don’t know if that would happen as while I can do a romantic movie, it should become a hit and people should love it. But it would be nice to do a role like which is cherished even after many years,” she said.