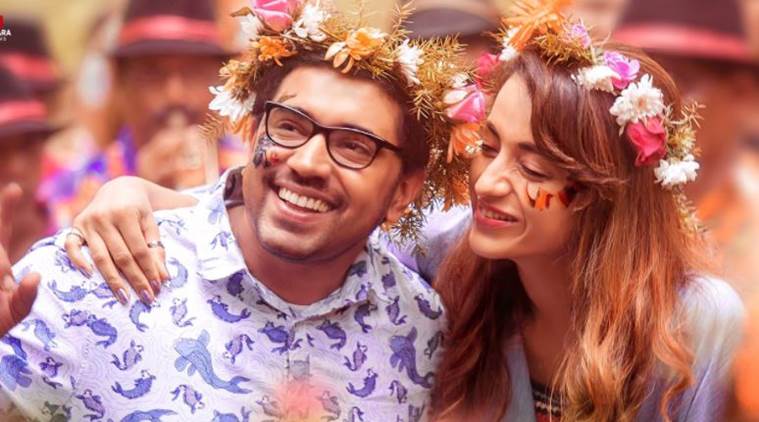 When it comes to Autism on the silver screen, the 1988 Hollywood film Rain Man created a watershed moment. The highest grossing film of that year, Rain Man was unanimously celebrated for its autistic lead character, played by Dustin Hoffman, who exhibited what later became the earliest reference point for ‘savant skills’. The term refers to the extraordinary skills that a person on the autism spectrum sometimes portrays — think Thomas Alva Edison, Sir Isaac Newton or Alfred Hitchcock.

But apart from triggering conversation around Autism Spectrum Disorder (ASD), Rain Man also brought with it a curious side-effect — a general idea that any individual on the autism spectrum will have an extraordinary talent. To borrow Variety critic Leslie Felperin’s words, “Several other films (apart from Rain Man) have deployed autistic characters in a similar way – as quasi-holy innocents whose narrative function is to inspire those around them to be better people.” Interestingly, she also goes on to quote Shah Rukh Khan’s My Name is Khan as a portrayal that goes beyond his condition. “Shah Rukh Khan’s title character’s Muslim faith is just as important, and as much an engine for the film’s baroque melodrama, as the fact that he has Asperger’s syndrome, a form of high-functioning autism,” she writes. But are our representations any better?

With only a handful of films talking about Autism and its spectrum, much more can be done in this space, said Dr. M.Murugan, Consultant, Child and Adult Psychiatrist. “Films have spoken about other disorders (Taare Zameen Par, Hichki etc) but films haven’t dealt with autism, per se, in depth,” he opined. While it is a given fact that films have been extremely sympathetic in exploring the universe of disabled, it is nearly impossible to give a holistic understanding of a disorder through a film, say experts. There is such a wide range of manifestations that each person on the spectrum is different. “Some are verbal and some aren’t; some are social while others are extremely not social. So when you put a character in a movie, there is no average person that they can show. What filmmakers do and can do is to pick up one kind and portray what they can,” explained Gopinath Ramakrishnan, Trustee, Special Child Assistance Network. The organisation is an assistance network based in Chennai that helps parents and caregivers of people on the spectrum.

Looking at these portrayals, it is easy to detect a pattern — what I would like to term ‘The Rain Man syndrome’. We tend to pick characters that display exceptional skills or act as an inspiration. From My Name is Khan, 2013 Tamil film Haridas to the latest on the list Hey Jude are some of the examples. In a trickle-down reaction, there is still a widespread notion that all autistic kids are gifted. “Parents are given an idea that because the children lack social or other such skills, they are or must be gifted creatively. Even parents do tend to keep searching for this gift,” revealed A.Sushila, founder and counselling psychologist, Help 2 Heal.

Creatively, this is a challenge that filmmakers can’t avoid, said director Shyamprasad, maker of Nivin Pauly’s Hey Jude, which was widely appreciated for its portrayal of Aspergers’ Syndrome. “This is a huge spectrum from extreme disability to someone like Jude, who looks normal and can be mistaken for someone having an emotional issue while it is a disorder. It is possible that people can take it as a kind of a symbol or an emblem typical of the category. But you can’t help it,” he reasoned.

Also, it is tough to completely avoid stereotypes when you introduce something entirely new to the audience, said Nirmal Sahadev, one of the writers of Hey Jude and also the director of the upcoming Malayalam film Ranam. “After Rain Man, there have been many other films that showed more nuanced approaches towards autism. If only something like Hey Jude had come a few years earlier, we can do it a different way then when the same topic is dealt with again,” added Nirmal.

On the other hand, it is important to acknowledge that films do give us relevant insights. Haridas showed us the role government schools, by law, play in inclusive education. Hey Jude chose to venture strongly into areas of romantic acceptance and agency. Jude (played by Nivin Pauly) finds a romantic possibility with Crystal (played by Trisha). “The film was about the acceptance Jude receives — different kinds. Not that it makes sense, but somehow romantic acceptance has become an indicator of social success. We wanted to show that everyone is different in their own way and once we accept it, love finds us,” elucidated Nirmal.

In another beautifully-written sequence, Jude calls out Crystal and her father for invading his privacy, no matter how well-intentioned it was. “Jude is hurt in many ways — he feels violated, not just his privacy but also the emotional honesty as. We wanted an emotional outburst of a normal man but in the bracket of a person who couldn’t articulate himself emotionally,” said Shyamaprasad. It is noteworthy that it took one and a half years and 17 drafts to finalise the script for Hey Jude.

This is the kind of advice that we are trying to communicate to parents, said Murugan. “Since there is a communication issue, most parents and caregivers tend to do what they think is right. While well-intended, it might not always end right. We need to train them to be independent over time. The response is different when the child is three from when he is fifteen and twenty-five so on. Again, this differs with each person but such portrayals do create awareness in similar situations that deem fit.”

Another important film that has a well-etched out autistic portrayal was Mani Ratnam’s Anjali, quipped Murugan. “It took you through the whole gamut of emotions and the quirks that a moderately autistic child would have.” But not all portrayals are done with such nuances. Murugan takes the example of Deivathirumagal, a film that, ironically, moved several people to tears. “As a lay person who saw the feeling, what was the emotion you came out with? Probably that Vikram is very cute and he was someone who needed to be cuddled and protected. It was an emotional plea rather than anything else,” he explained.

Furthermore, he also added that the Vikram’s friends, also with intelligence disorders, were shown as clowns. “My personal experience was that after Deivathirumagal, the stigma was fractionally higher. People who come with a child are basically looking for the future. So when they see a character that is completely left to the elements, they are worried and scared if that would be the case for their children after their lifetimes.”

But at the end of the day, films are creating an awareness no matter what disability/disorder, remarked Gopinath. “When we do awareness programs, people recognise what we are talking about it. A person who is not part of this society is now going to be aware and ask a few questions.” And, that’s quite a beginning.