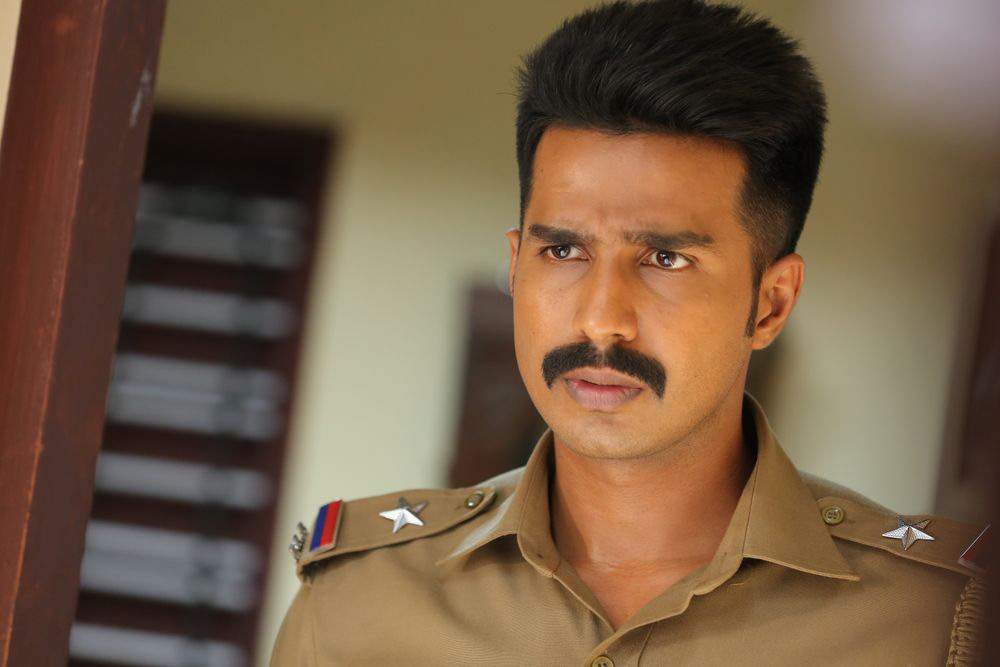 Vishnu Vishal terms Ratsasan as one of the best in his filmography. “The audience will definitely walk out saying that it is a good film,” he assures. Vishnu has teamed with Ram Kumar again, after Mundasupatti, in what can be termed as his comeback to the content-oriented cinema that he is generally known for.

Excerpts from a conversation:

‘Ratsasan is different from other Tamil cop films’

This is my first out and out cop role. Even in this film, he aspires to be something else but ends up being a cop. It is a different role from the other police characters in Tamil cinema. Our cops have been rigid, where khaki is a dream. However, my character is subtle and emotional; even his investigation does not have that authoritarian approach. It was challenging as even I have been influenced by our cop characters. I had to break that mould.

‘Initially, I found the heroism in Ratsasan to be a tad too much’

I wanted to do another film with Ram even when we were shooting for Mundasupatti. Once he finished the script, he told me that the lead character was 40 years old. He tried getting a lead for two years and then approached me again. He asked me to listen to the script and told me that he would change the age of the character. I liked the film but found the degree of ‘heroism’ a tad too much for me. Since I haven’t done that before, it seemed like a major leap. I don’t like asking anyone to change a good script for the actor; one should rather find someone who suits the script. I told him the same. After a week, Ram wanted to meet me again and narrated the changed script. On hearing it, I could relate it to my own journey.

I never thought I could be a hero. After my second and third films tanked, I knew I couldn’t afford another misstep. I began to only pick scripts that I found to be unique. Once, a producer asked me to stick to content-driven films, saying that I would be a failure otherwise. I took the comment on a positive note and started introspecting. I realised that I had never done the ‘hero’ things that actors generally do. It is quite a strong statement. So I decided that I will do something else. There are different types of commercial cinema, and I chose humour. It was at this point I heard the script of Velainu Vandhutta Vellaikaran. After two producers backed out, I stepped in as I didn’t want to lose the project. VVV was a blockbuster and I got the confidence that I could do commercial cinema.

Kathanayagan wasn’t my production initially. The film began as Veera Dheera Sooran that, due to a few reasons, got dropped. Some of my money was invested and I couldn’t let go. I began my production house in anger, actually. I felt betrayed and decided that I would bring this film to the screen at any cost. Kathanayagan was the first film where I felt I was a hero. I was paired with Catherine Tresa, who has done some big films in Tamil and Telugu. I had a groomed look; there was good music and I even got some action. And that gave me the confidence to do a film like Ratsasan — I didn’t have that two years back. I decided that Vishnu Vishal Studios would back me as a commercial actor. I have been getting good-content film and will continue doing them. But I will ensure that there is variety in the characters I pick for my commercial ventures as well.

‘Commercial film audience turns a hit into a blockbuster’

It took me a year to do one film when I was doing just offbeat cinema. But after VVV, I got seven films. I want to do meaningful cinema but maybe because I wasn’t a marketable name, I was getting only limited opportunities. Commercial film audience turns a hit into a blockbuster. How do you measure success? By comparing the numbers of the previous film with the current film. That is what we are all aiming for. The biggest stars have always been people who have done commercial cinema; it ensures longevity. I want to be here for a long time. I want to try. I will have one foot in content-driven cinema and the other in commercial cinema. I’ll have no regrets if it doesn’t work.

‘I am whatever I am because of reviews’

I love reviews. I am whatever I am today because of reviews. I follow them keenly. But reviews do influence the collection of films and not all films are made with layered thoughts. A few aim to just entertain the viewer. The audience is very clear about what they expect from a film and a major section wants it to be mere entertainment. I feel reviewers should measure what the film is trying to achieve with what it ends up being and what it could have been. It shouldn’t end up being a personal attack on an artiste or creator.

‘I want to surprise the audience once in a while’

I have a strategy for a set of films and reevaluate at the end of that period. I have Silukuvarupatti Singam and one more unnamed production under my banner. My plans will change after that. The general idea is to give good content and surprise the audience once in a while. I want to better my craft in terms of dancing or action.

This was originally written for The New Indian Express. You can find it here.