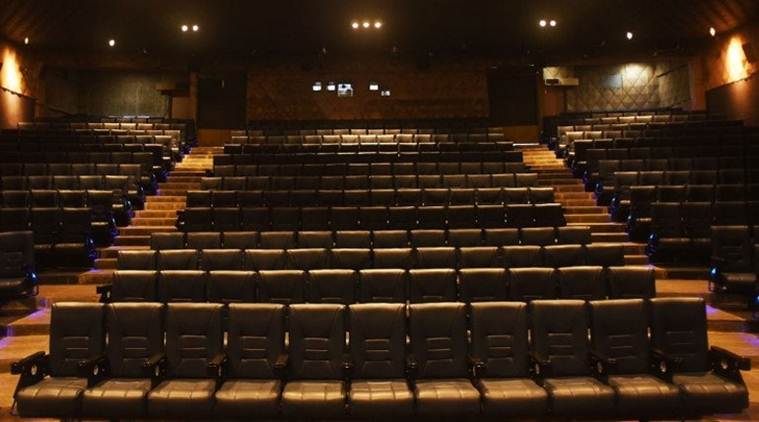 In a strike of huge proportions, the Tamil Film Producers Council have announced a complete shutdown where production and post-production work has been stalled completely. The TFPC has rejected a new offer from the Digital Service Providers, going ahead with the strike from March 16. The shutdown comes at a point where there hasn’t been any new releases for two weeks. In an earlier report, we had reported the side of the Producers charting out their reasons behind the strike. In this piece, we speak to Jayendra Panchapakesan, co-founder, Qube Cinemas to get Digital Service Providers’ side of the story.

The producers have claimed that differential rates are charged for Hollywood films, that Hollywood films get a lower one-time charge than Tamil films.

It is not true that we charge lower rates for Hollywood films. Our rate for Hollywood films is Rs 1000 per show/per screen whereas it is Rs 500 (Rs 450 in the new tariff) for Tamil films. Also, they pay charges separately for mastering, key management which are provided free to our producers. Thus, the minimum billing generally tends to come up to Rs 10,000 irrespective of their run period in the theatres. We have different type of licenses — per show, weekly and lifetime. It depends on the producers to choose what they want.

I am not sure how producers found out that we levied a flat charge of only Rs 10,000 as there are confidential contracts which even other Hollywood studios are not privy to. Also, we did show invoices of the charges we levied for Hollywood to Vishal, SR Prabhu and the members of the council. But to no effect.

Why are the producers being asked to pay for the technology up-gradation in theatres?

Earlier, the film projectors used to cost only a couple of lakhs and the producers used to pay a higher cost for each print (around Rs 60,000 per print). But now, thanks to the expensive equipment installed in theatres, cost per print has come down to Rs 15,000. Isn’t it fair for the theatre owners to ask producers to share my projector cost in the long term? As a single producer, they spend a part of what they save from using digital prints as VPF.

And unlike film projectors which have a long shelf life and need low maintenance, these projectors need to be updated frequently. The E cinema projectors had to be changed every 3-4 years. While D cinemas have a comparatively longer shelf life, they still don’t have the life of a film projector.

(In turn, Theatre owners pay their contribution to the Digital Service Providers with a share in their advertising revenue. This varies with different theatres in accordance to the agreement they have with the DSPs)
You have mentioned that you provide several allied services for free. Can you explain what these are and why it is of considerable value?

We also offer mastering, content duplication, security, forensic watermarking, key management and logistics. If you have to play the film five years down the road, how are you going to play it? In this case, there is no need to remaster it. Our network and bandwidth also allow producers to edit their content after release. Furthermore, Qube has archived every single film done digitally — if the producers have a lifetime license, there is not much cost when it needs to be re-released. Take Mersal for example, the film has been re-released in 30-40 screens with no additional cost as even the shifting charge (change in screens) is included. No other service provider has given this for free.

Also, we are the only ones who offer forensic watermarking in E cinema. If the video is being shot on a Handycam from the audience we have ways of finding out which theatre it was shot in. We have identified such theatres several times and the theatres have been closed. This watermark can’t be fudged with even after the film is pirated.

Producers have claimed on several occasions that the VPF charges are exorbitant and there has been a price hike.

We haven’t increased the rates in the past ten years. In fact, they have only reduced. On the other hand, the cost of digital prints is 0.5-1.7% of the cost of the film depending on the budget of the film. No matter the reduction we give, this cut will not change the fortunes of a film. In fact, around 108 films, last year have paid us an average VPF (per screen) of less than Rs 10,000. The total received by Qube from these films would Rs 5.66 crores for screening them over 8140 screens.

So the increase in cost due to the shift from E Cinema (1k projectors) to D cinema (2k cinema)?

It is an industry up-gradation. Technology is constantly changing these days. In the time of Netflix and Amazon Prime, if we don’t give them quality, it will be tough to bring the audience to the theatres.

It is said there are going to be new players who are brought in.

In the last three years, three new players have come in. When you are new, you obviously want to capture the market. But have they been able to offer cheaper prices? With the kind of investment in play, it is not possible. If they bring in a player who is not in the DCI space and functions in the E cinema space who might be able to offer much lower rates — is that the need of the industry? Nobody wants to go backward in time. We are okay with new players. But have their security levels been checked?

Was there a sunset clause that was mentioned to the producers before?

No conclusive time frame was mentioned by us. It is a decision that the industry and the exhibitors have to take. Either they should decide to not upgrade anymore or exhibitors must come to an agreement to not get the help of the producers henceforth. We aren’t the people to decide this. The producers have to sit down with the exhibitors and DSPs to talk about it. They can’t make an overnight decision to stop paying VPF — what about the crores of money we have invested?

The return on investment prescribed by Hollywood standards is 7% and this is with the low cost of credit available in the United States. Keeping in mind our borrowing rates, we are nowhere even close to the 7% returns. We have invited the producers to hold an audit and check the returns that we are making. See if we are making money hand over fist, and then decide. They aren’t ready to heed to reasonable arguments.

However, Andhra Pradesh and Telangana have agreed to the negotiated price.

All the five southern states got together and set up a Joint Action Council to negotiate rates. Andhra Pradesh and Telangana agreed to the negotiated prices, Kerala didn’t have an issue from the beginning and have agreed. Karnataka, as of Tuesday, has agreed to release films. The talks are still going on but they have decided to release films. That only leaves Tamil Nadu — who have their own reasons for it.