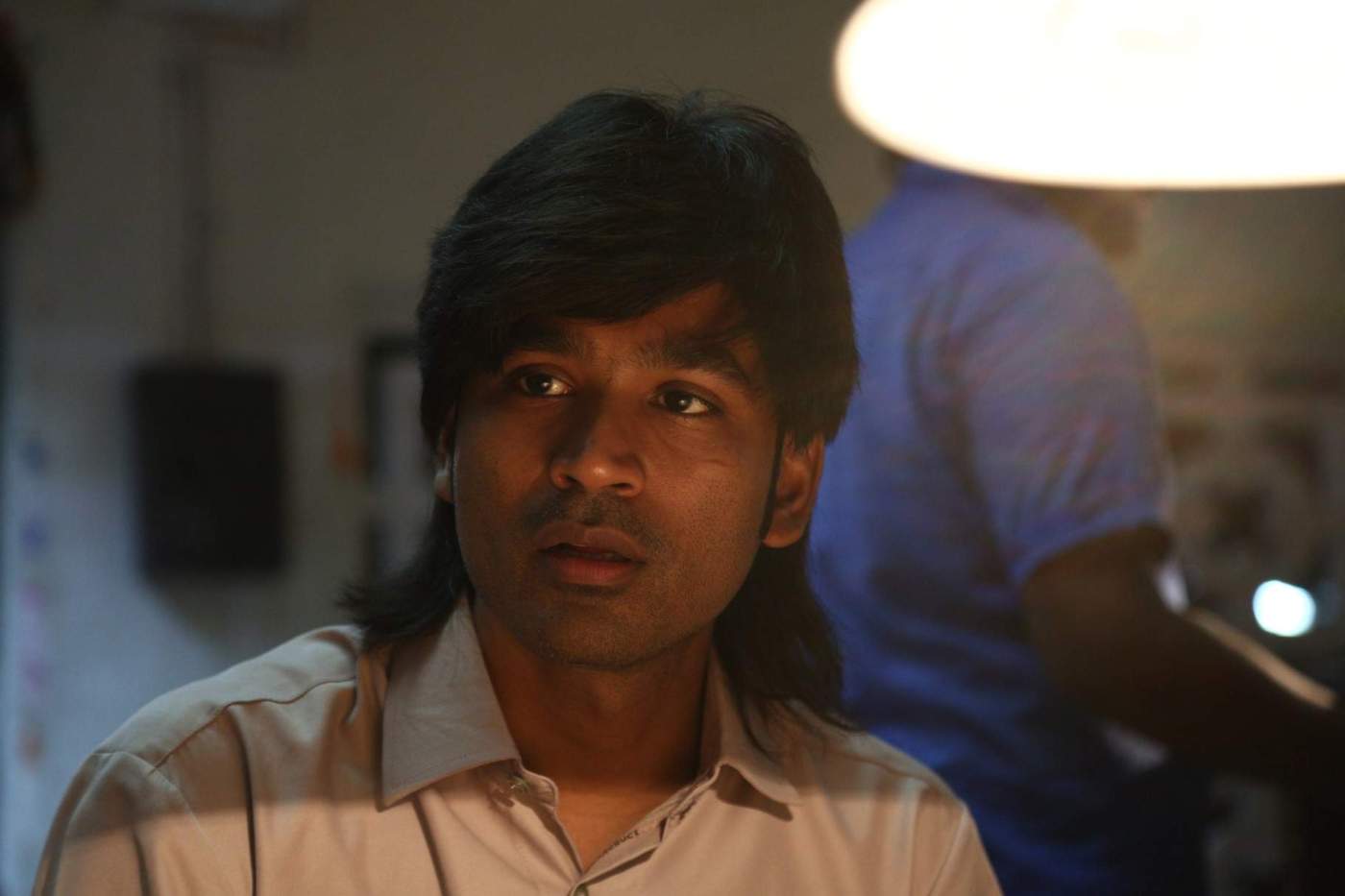 It isn’t every day that we come across an album with ten tracks. But when the music is intriguing as Santhosh Narayanan’s, we have no complaints. His music for Vada Chennai can be split into two parts — one, with the gaana-infused folk numbers and the other, with the melodies that might as well be trademarked in his name. With the first part, Santhosh captures the cultural exuberance of North Chennai. However, he balances this with the other part, melodies that consist of an eclectic mosaic of sounds that we have come to expect of him. Put the two together and you get a holistic picture, not just of the film, but of the composer himself.

It is tough to pick one song that stands out in the album when there are so many options to choose from. There’s the simplistic charm of Goindhammavala, sung by Dhanush himself with lyrics by G Rokesh. Dhanush’s voice and his Madras Tamil lends beautifully to this groovy number that easily brings a smile to our face. Rokesh’s lyrics are catchy and effective, staying true to the dialect spoken in North Chennai. One can already imagine Dhanush with his boyish smile, in the winding lanes of Vada Chennai, smitten with Aishwarya Rajesh.

Then there is the blithe Kaarkuzhal Kadavaiye. The song starts at a relaxed pace, that progresses with increased intensity — much like new love. Vivek’s lyrics here are on the other end of the spectrum from those in Goindhammavala — filled with poetic imagery. With a luscious flute wafting in and out, the song feels like a refreshing splash of water on a summer day. You can’t miss the slow-burner Ennadi Maayavi Nee, a trademark lovely Santhosh melody. The composer seems to have gotten Sid Sriram to bring the right degree of the nasal tone he is famous for. Vivek gives us more memorable verses in this song that are closer home. “Patta kathi thooki nee mittai narukara, vitta nenja vaari un patta kirukara,” he writes, hinting at the violence that shrouds the area.

Four songs that take the gaana route elaborate situations in eloquent detail in true gaana style. These songs also are quite revealing of the film’s story. Sandhanatha details a puberty ceremony, presumably picturised on Padma (Aishwarya Rajesh). There are two songs Epadiyamma and Alangara Pandhal that paint the funeral scene of an important person, quite likely to be Rajan (Ameer). Written for the frame, these numbers are bound to be more effective with the visuals.

There are also the two themes, that are interesting marriages of brass and strings. The fittingly-titled King of the sea is a rousing anthem, while the main theme is much darker.

With Vada Chennai, Santhosh Narayanan touches the magic number of 25 and what better way to mark it than by giving us a rounded album that acts as a precursor to the various moods and themes in the film?

This was originally written for The New Indian Express. You can find it here.