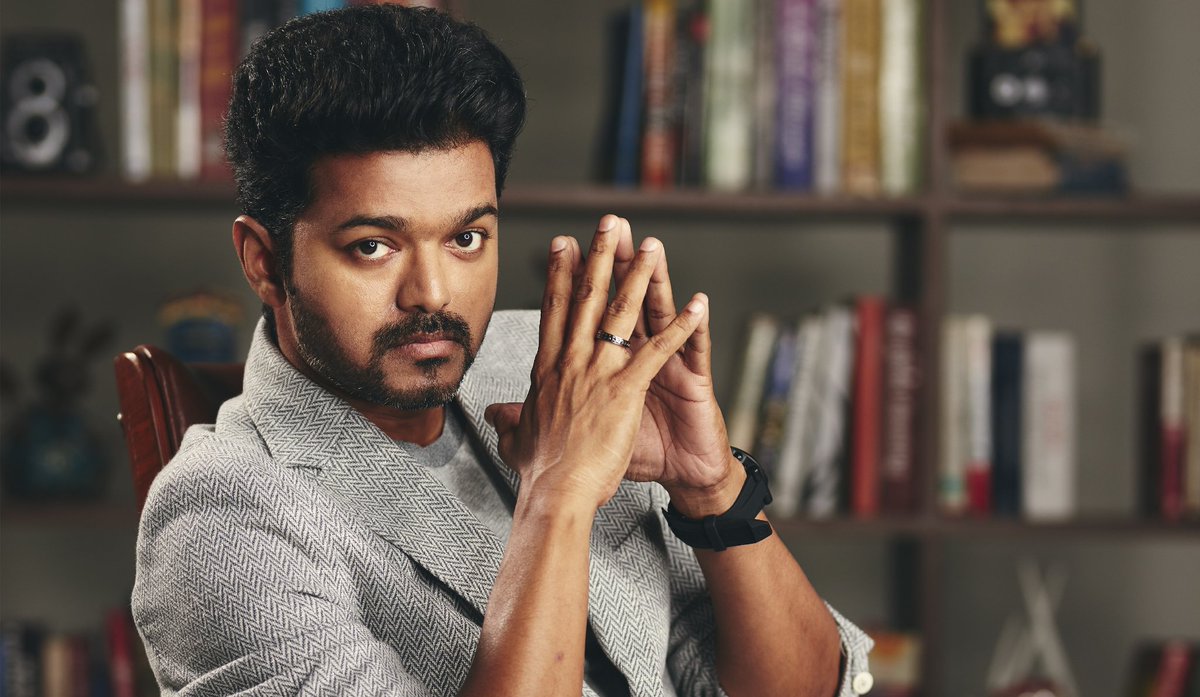 Early on, there’s a scene in Vijay’s latest release Sarkar where a corrupt politician kills an investigative journalist with an idol. It made me wonder if there is a metaphor behind. But soon enough, AR Murugadoss makes it clear that Sarkar isn’t that kind of a film. Rather, this is a film that functions on stretches of expository dialogue. There’s a judge who doesn’t know a law about bogus voting. The corporate criminal Sundar Ramaswamy (Vijay) introduces it to him. There’s another judge who ‘wants’ to know if the Election Commission has the power to declare an election invalid and announce a re-election. And in these cases and many more, it is Sundar explaining what has to be done. The didactic monologues begin right from the start and thus, AR Murugadoss’ Sarkar feels like a terribly long campaign that breathes only when there is a song or a fight.

There seems to be a mad rush to capitalise the political imbalance in the state both off-screen and on-screen. ARM seems to realise this and shifts to the overreach gear where almost every dialogue has an ulterior nugget. In a stray scene, he makes Nila (Keerthy Suresh, in the template commercial heroine role) profess her interest in Sundar in chaste Tamil. She chooses to do so as there are kids around and they don’t understand chaste Tamil. There’s a response about how chaste Tamil has become a language to discuss secrets in Tamil Nadu. Even the cinematography pushes beyond what it needs to. Girish Gangadharan doesn’t stop with showing Sundar landing a punch, he needs to follow it with a shot where the cheeks of the guy getting punched tremble.

In an attempt to make a point about everything, there’s overreach in what is being addressed as well. Fake votes, check; corruption, check, fishermen issues, check; misuse of authority, check; Jallikattu, check; and the list goes on. But do we get a practical solution? Not really. Instead, Sarkar attempts to manipulate our emotions with lengthy, pithy dialogues and a few graphic scenes.

This campaign seems to have been sculpted frame-by-frame and line-by-line for the star Vijay, even though it reminds us of several other people vaguely (In a song, Vijay gets his own ‘Ayirathil Oruvan’ moment on a boat.). There’s no frame where he could go wrong. And watching a star has its own perks. All said and done, when done right, there is a certain exhilaration in watching them mouth punch lines and give us whistle-worthy sequences. But even Vijay’s charismatic screen presence does not help his on-screen persona of Sundar whose repetitive actions comes with diminishing returns ” The jerky dialogue delivery, the outstretched hands, and the attitude, while enjoyable at first, does get to you after a while. On the other hand, Varalaxmi, despite her limited screen presence, gives an impressive performance. She holds her forte on screen, not easy, considering she has a star like Vijay on the opposite end. In fact, I would have loved to see more of the clash between her and Vijay, or should I say ‘Karuvilaye criminal vs Corporate criminal’.

The irrelevant heroine, the unnecessary songs (the placements are becoming increasingly unbearable), the quintessential magnum-opus sequence — the tropes from an AR Murugadoss film continue in Sarkar. You can see the shades of several other films from the past — there’s Mudhalvan, Sivaji and ARM’s own Ramana. Maybe, Sarkar would have worked probably a couple of years ago as well. But as viewers, we are more discerning now. We need a film that goes beyond its star. And, it’s time our filmmakers realise that social messages do not always constitute great films.

An edited version of this article has been published in The New Indian Express. You can find it here.

2 thoughts on “Sarkar review: A superficial political campaign that worships Vijay, the star”