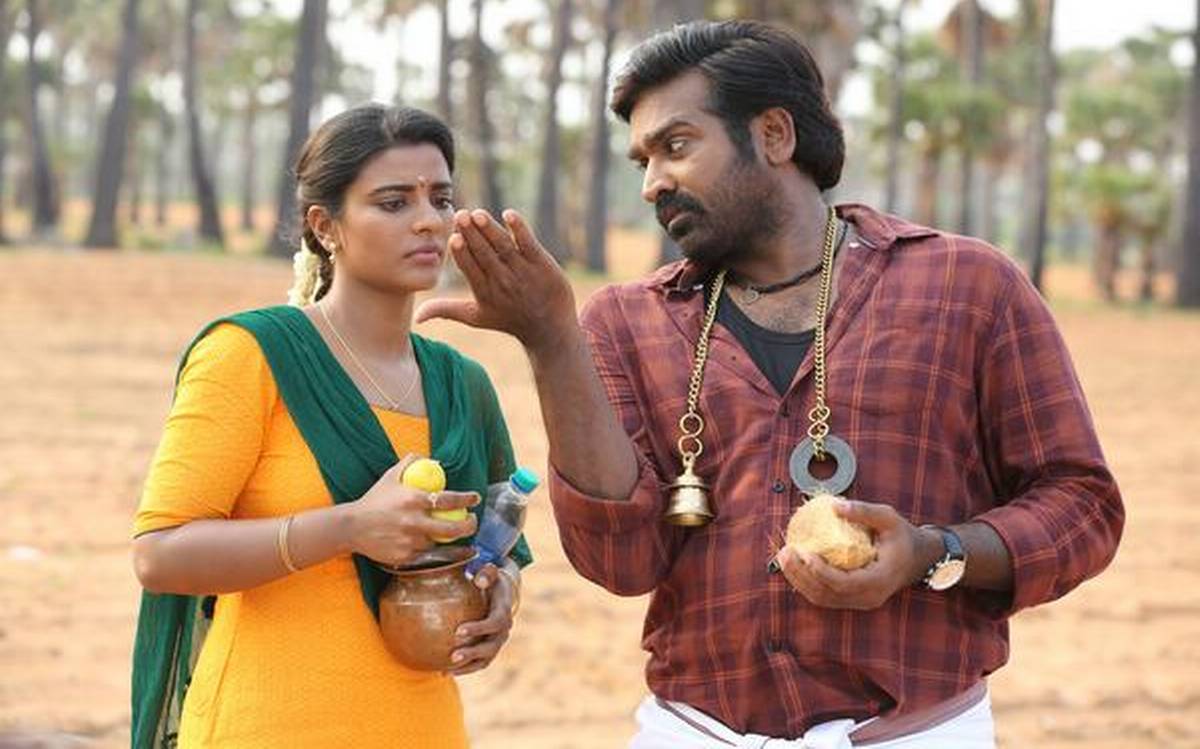 In an interview before the release, Aishwarya Rajesh was asked why the film is named Ka Pae Ranasingam, and she replied that though the film revolves around Ariyanachi (her character), the soul of the film belongs to Ranasingam (Vijay Sethupathi). When you watch the film, you can see the conflict in the narrative. Ka Pae Ranasingam is essentially Ariyanachi’s story but the film focuses more on establishing who Ransingam is. Ka Pae Ranasingam wobbles due to this tug of war and we get a three-hour film that wanders a lot before coming to the point.