“The most important kind of freedom is to be what you really are. You trade in your reality for a role. You trade in your sense for an act. You give up your ability to feel, and in exchange, put on a mask. There can’t be any large-scale revolution until there’s a personal revolution, on an individual level. It’s got to happen inside first.” Jim Morrison’s words ring in the head as you watch Geeli Puchhi, Neeraj Ghaywan’s short in Ajeeb Dastaans. It is incredibly hard to slot the film because it is gloriously messy, much like reality. Caste, class, gender, sexuality — our identity is often a melting pot of these aspects. However, we rarely see narratives that explore intersectionality in such impressive detail, let alone make for an effective commentary on social power and its hierarchy.

END_OF_DOCUMENT_TOKEN_TO_BE_REPLACED 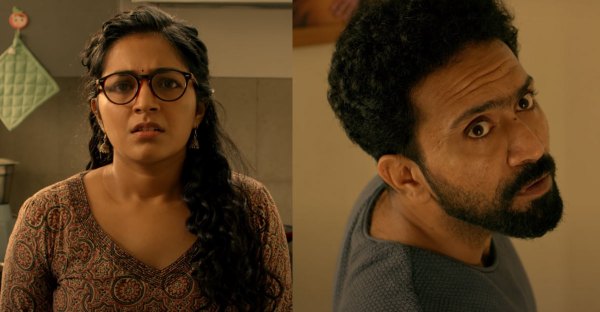 A few days ago, I stumbled upon a Twitter hot-take on why young men resist feminism. The post reasoned that men, especially younger men, tend to be anti-feminist because they have grown up thinking that they would get to enjoy the ‘perks of patriarchy’ in their prime: that ‘they would have a submissive wife they can control’. But women are retaliating, even dismissing this idea completely. This ‘gap’ is crucial because it often ends up defining the male gaze that sets the standards for what a woman should aspire to, how she should love, or even merely exist.

END_OF_DOCUMENT_TOKEN_TO_BE_REPLACED

Mainstream language tells us, ‘Men are generic, women are special.’ Men are thought to be the ‘default form of humanity’, while women are a specific subcategory. Mankind, for example, refers to all of humanity, but womankind is just women. There are several manifestations of this around us, but in cinema, there’s one in particular. It’s how when a character isn’t defined by their gender, by default, the character turns out to be male.

END_OF_DOCUMENT_TOKEN_TO_BE_REPLACED 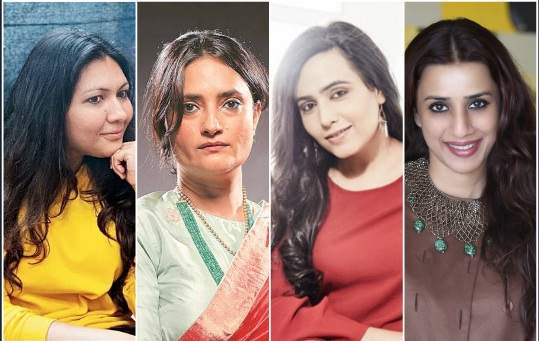 Why are women-centric films thought to be ‘offbeat’? Why does having a female director/technician/producer always become an extra-talking point? Women directors and producers have been in existence since 1930s, but what about the status quo still makes it so novel? Netflix has become an interesting player in this space, in looking to level the gender field. More than 50 percent of its Indian original films have had female protagonists (Choked: Paisa Bolta Hai, Bulbbul, Guilty, Chopsticks, Soni, Lust Stories, Gunjan Saxena: The Kargil Girl), and have been backed by several women filmmakers and technicians, debutantes and seasoned. What about the digital space makes it conducive for women?

END_OF_DOCUMENT_TOKEN_TO_BE_REPLACED

Last night, I visited Manderley again… because Netflix decided to remake the classic, Rebecca. The story originally written by Daphne du Maurier is one of a young woman dazzled by a rich, broody widower, Maxim De Winter, she meets in Monte Carlo. She rushes into a marriage with him only to realise that he is still living in the past, haunted by the memory of ex-wife Rebecca. My first experience with Rebecca was Alfred Hitchcock’s Oscar-winning 1940 film adaptation of the same name. Swooped into Manderley, the new wife finds it hard to shake off the evocative presence of Rebecca; she struggles to bear the weight of Rebecca’s legacy which lives on, thanks to the efforts of Mrs. Danvers, the faithful housekeeper.

END_OF_DOCUMENT_TOKEN_TO_BE_REPLACED

To adapt a novel to the screen is no easy task. It’s more so when the novel is one of the longest in English literature, spanning more than 1,400 pages. Set in 1950, the era of the new India, director Mira Nair attempts to distill the sprawling universe that is A Suitable Boy into a six-episode mini-series for the BBC. The adaptation is BBC’s first series with no major white characters (Mira Nair once remarked it was The Crown in brown.) But it’s also the most expensive BBC series yet. This opulence translates to the screen: the aesthetics brim with the beauty of the rich… but where is the soul?

END_OF_DOCUMENT_TOKEN_TO_BE_REPLACED

On Episode 1 of The Good Place, I wondered how the creators managed to stretch a seemingly flimsy premise to three full seasons. But with each passing episode, the series consistently metamorphosed into something bigger, grander and yet, increasingly rooted in its humane values. The best thing about The Good Place is that it is relatable and has normal, flawed people at the centre, just trying to be better. The new season is no different. Humanity is at stake, and it is up to four normal human beings, one demon and a ‘not-a-girl’ Janet to save it.

END_OF_DOCUMENT_TOKEN_TO_BE_REPLACED

Sitting at a beauty parlour, one day, I saw a young girl, barely 12-13 years old, walk in to get her perfectly natural eyebrows threaded. The beautician asked if she had come alone, and she showed that she had the money for the service. The beautician refused and asked the girl to return with her mother. This incident, though overtly harmless, disturbed me. I kept seeing variations of this incident everywhere: on social media, where tweens and teens pretend to be an adult and pose in grown-up clothes and make-up; on reality shows where children trudge through grown-up routines; and in life itself.

END_OF_DOCUMENT_TOKEN_TO_BE_REPLACED

It is easy to get lost in the Internet. It is no new revelation that the Internet, especially social media, can act like a sponge that absorbs your time. It starts with one notification, but you end up scrolling for hours, staring at a screen, addicted, even if you’re not excited by what you’re seeing. For a while, I have been wary of the time I spend online. I had timers on my social media apps, to ensure I don’t while away all my time on it. And suddenly, my day opened up and I didn’t know what to do with it. No matter how hard I tried, I couldn’t keep from reaching for my phone. How had I spent all those years without the Internet, or a phone?

END_OF_DOCUMENT_TOKEN_TO_BE_REPLACED

The director of Netflix’s International Original Film department, Srishti Behl Arya, talks to us about building the Indian slate for the streaming giant

Authenticity and Diversity. These two words often pop up in conversation with Srishti Behl Arya, the mind behind Netflix’s original slate in India. “We look for passionate creators. If we are enjoying what we make, we hope our audiences will enjoy them too,” says Shristi. “Storytelling barriers are being broken every day. People don’t want to get stuck with one kind of content.”