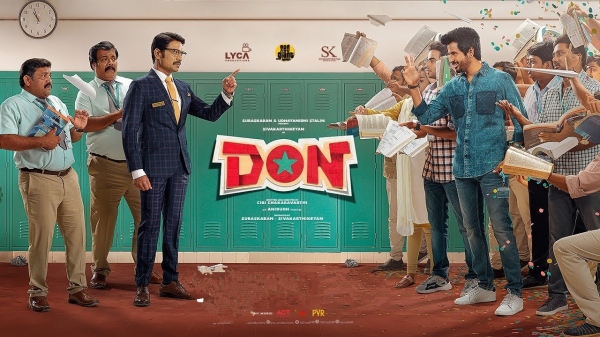 Imagine a mix of Three Idiots (or Nanban) and Santhosh Subramaniam, with a dash of Vinnaithaandi Varuvaaya? That’s Don for you. It’s a familiar premise. Chakravarthy (Sivakarthikeyan) aka Don is an unambitious college student. He has a controlling father (Samuthirakani) who is fanatical about marks. Whenever Chakravarthy fails, his father shaves his head — as an act of shame. A perennially stifled Chakravarthy tries hard to break the cycle, but like most Indian students end up in an engineering college — where he tries to figure out what he is good at.

END_OF_DOCUMENT_TOKEN_TO_BE_REPLACED 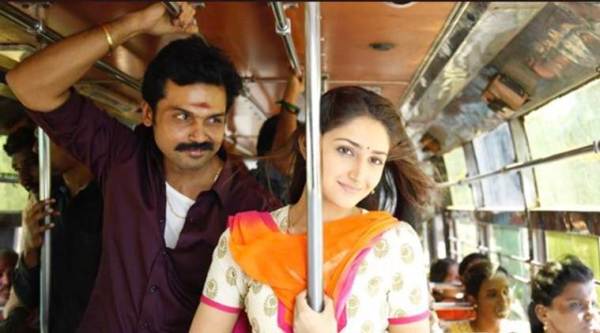 Kadaikutty Singam could easily be Karthi’s version of Durai Singam — the village backdrop, the holier than thou attitude, loud dialogues, the preachy discourses and the ‘mass’ larger than life image are all there. But the fabric these elements are woven into is different. While Singam flaunts the Khakhi, Guna Singam flaunts the slush from his fields. When Suriya, the star of the Singam franchise and also the producer of Kadaikutty Singam, makes a cameo and wishes his brother, it almost feels like an induction. Similar to Durai Singam, there is not much Guna Singam can do wrong. The commercial infusion sets the predictability bar high in Kadaikutty Singam but the nativity powers through, keeping the film engaging. END_OF_DOCUMENT_TOKEN_TO_BE_REPLACED

Let me give you a couple of examples as to what constitutes for comedy in Pakka. Paandi (Vikram Prabhu) and his friend, played by Soori, are traders who sell dolls at temple functions. Soori attempts to sell a toy helicopter to a lady, who wants to see its functioning. The camera moves to a plus-sized woman in the crowd and you instantly know what is about to happen. After the helicopter hits the lady’s derriere, she furiously tackles Soori leading to what, I think, was intended for a humorous sequence. Except Soori’s lines don’t even sound funny on paper let alone on screen. In another ‘rib-tickling’ sequence, two children who come to Soori’s shop don’t stop crying. Soori calls to Vikram Prabhu for help and guess his solution? Giving Soori a tight slap. Miraculously, the kids stop crying. I am not sure if children really do enjoy violence to this degree. If this is the brand of humour our children enjoy, I am sincerely worried. All of this happens within the first twenty minutes of the movie and I began to brace myself for the rough ride ahead. END_OF_DOCUMENT_TOKEN_TO_BE_REPLACED

To enjoy Kathanayagan, there is just one word – don’t take the movie seriously; in fact even the movie doesn’t claim to take itself seriously as well. This makes the smaller jokes more appreciable — like when Vishnu Vishal meets Catherine Tresa. Catherine just randomly stops Vishnu on the road and offers him a lift. After the mandatory boy meets girl song sequence, Vishal says ‘nice imagination but unwanted song’. These small digs at themselves tend to invoke a wry smile.

Another one of these instances is when Vishnu is on his way to office. It’s his first day and he decides to board a crowded bus. As he gets squashed while maneuvering through the crowd, he grumbles “Sir, first day office”. With another its “Iron panna shirt” and also goes to says “Sir, naa ambala sir (I’m a man)”. More than his sequences with Soori, these conversational oneliners invoke more humour.