In the final few minutes of Anand Shankar’s Enemy, Chozhan (Vishal) asks his son about his desires. The boy thinks for a second and then says something close “ I want to fight like Batman, be funny like Shin Chan, and act like Kick Buttowski… etc”. It made me wonder if this eclectic combination was the actual inspiration for Enemy.

Starring Vishal and Arya in lead roles, Anand Shankar’s Enemy is a trite, formulaic action drama that laughs at logic and people who expect the same.

Chozhan (Vishal) has a dull childhood, thanks to his ‘Risk Ramalingam’ (Thambi Ramaiah). For Ramalingam, everything is a risk. And this meant that Chozhan had to stick fastidiously to his ‘home-school-home’ routine. Enter Rajiv (Arya) and his father Paari (Prakash Raj), who move to Ooty and become Chozhan’s neighbours. Paari, an ex-CBI officer, decides that his son should become a police officer, and trains him for the same. Chozhan, who is intrigued by what Rajiv does, eventually joins him. Chozhan turns out to be better than Rajiv is, much to the latter’s jealousy. But one day, Pari gets killed. To avoid complications for his family, Ramalingam moves to Singapore. The frenemies grow apart only to meet under very different circumstances 25 years later.

END_OF_DOCUMENT_TOKEN_TO_BE_REPLACED

With remakes, you usually know what you are signing up for. The plot twists, the character arcs — the fruit often doesn’t fall far from the tree and so, we end up with films that are largely faithful to the original. Temper, the film that Ayogya is a remake of, introduced me to the sphere the latter will exist in as well as its limitations and outlandishness. The Jr NTR-starrer shaped my expectations and ensured I wasn’t fuming out of the theatre at the end of Ayogya.

END_OF_DOCUMENT_TOKEN_TO_BE_REPLACED 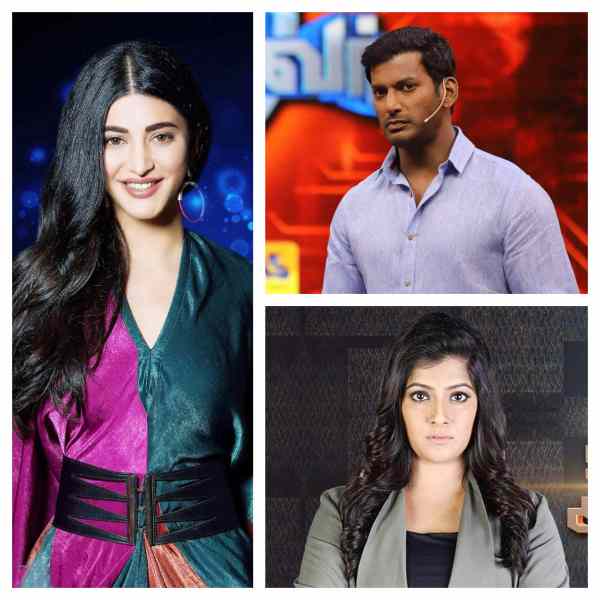 When Kamal Haasan received flak for opting to host Bigg Boss Tamil, the actor defended his choice with one explanation: The show would take him to the living rooms of the people of Tamil Nadu. And that it definitely did. The first instalment of Bigg Boss Tamil percolated into the daily conversations of normal people, and proved to be a formidable alternative to the serials that constituted primetime television. END_OF_DOCUMENT_TOKEN_TO_BE_REPLACED

The logjam between Tamil Film Producers’ Council and the Film Employees Federation of South India (FEFSI) has seen no improvement after the latter instructed their members to not work from Monday until their wage demands are met by the former.

More than 20 film shoots including Superstar Rajinikanth’s Kaala have been affected, according to IANS. However, the shooting of TFPC president’s Thupparivalan is underway in Chidambaram. A video from the sets of the same was released by the film’s publicist on Twitter. END_OF_DOCUMENT_TOKEN_TO_BE_REPLACED

The first thing you notice about Vinay Rai is how comfortable he is speaking Tamil. Point it out to him and the actor reveals that he always made it a point to speak the language. “Nobody has ever dissuaded me from speaking the language due to the accent, except for my friends. But of course, that is in good humour,” says the actor from Bengaluru as we settle down to talk. END_OF_DOCUMENT_TOKEN_TO_BE_REPLACED

Walk into director Mysskin’s office and you will be surrounded by books. The range of titles is diverse — from Dostoyevsky, Che Guvara, Robert Frost to Tamil classics Kalithogai and Puranaanooru including an interesting title that caught my eye, “You are only as good as your next one”. With Thupparivalan slated for release on September 15, the outspoken director talks to indianexpress.com in detail about filmmaking, philosophy and of course his ‘decent’ movies. END_OF_DOCUMENT_TOKEN_TO_BE_REPLACED