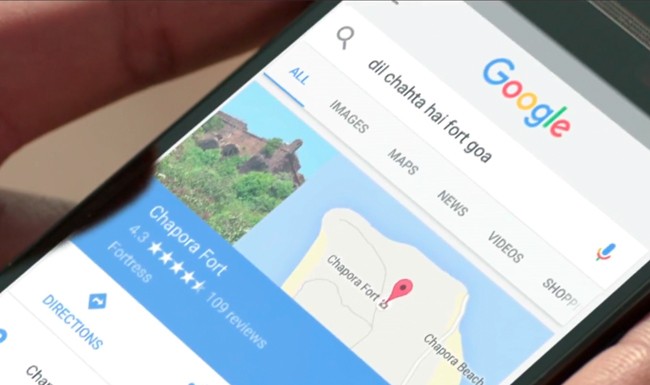 Google tweaks its search bar to charm the Indian cinephile

Google doesn’t really need any advertising. Yet, the search giant has loaded more ammunition to its arsenal by focusing on the one thing all Indians adore — movies. Its latest campaign ‘Google at the movies’ promotes an optimised search bar that provides immersive results for the average Indian movie buff.

Explaining the focus on movies, Arun Iyer, chief creative officer, Lowe Lintas says that there was no better theme to expand Google’s already significant user base. “Google as a brand wanted to reach out to a lot more users than it already did and we got to know that one in every ten searches in the country is related to cinema. Thus, we decided to do something with cinema as it brings the country together like nothing else,” he says.

The enhanced search bar goes beyond blue links and provides additional context to information that users need says Sapna Chadha, head of marketing, Google India. “The system will now connect entities that are related, and serve them up in an immersive experience. We’ve also made it easier for users to find answers to all those dinner-party trivia questions around the film industry, with rich answer boxes,” she explains.

The video, which shows the story of a son who brings to life his father’s big screen dreams, is getting a great response, according to Iyer. “The video’s release coincided with Fathers’ Day and this benefitted the brand more as video shares grew exponentially,” he adds.

Apart from using the usual channels, the brand has also partnered with Taxi Fabric to curate 75 Bollywood themed taxis in Mumbai to promote the campaign.

This was originally published on http://www.outlookbusiness.com/